The group, comprising a few hundred people, also demanded other leaders join them in making the call. 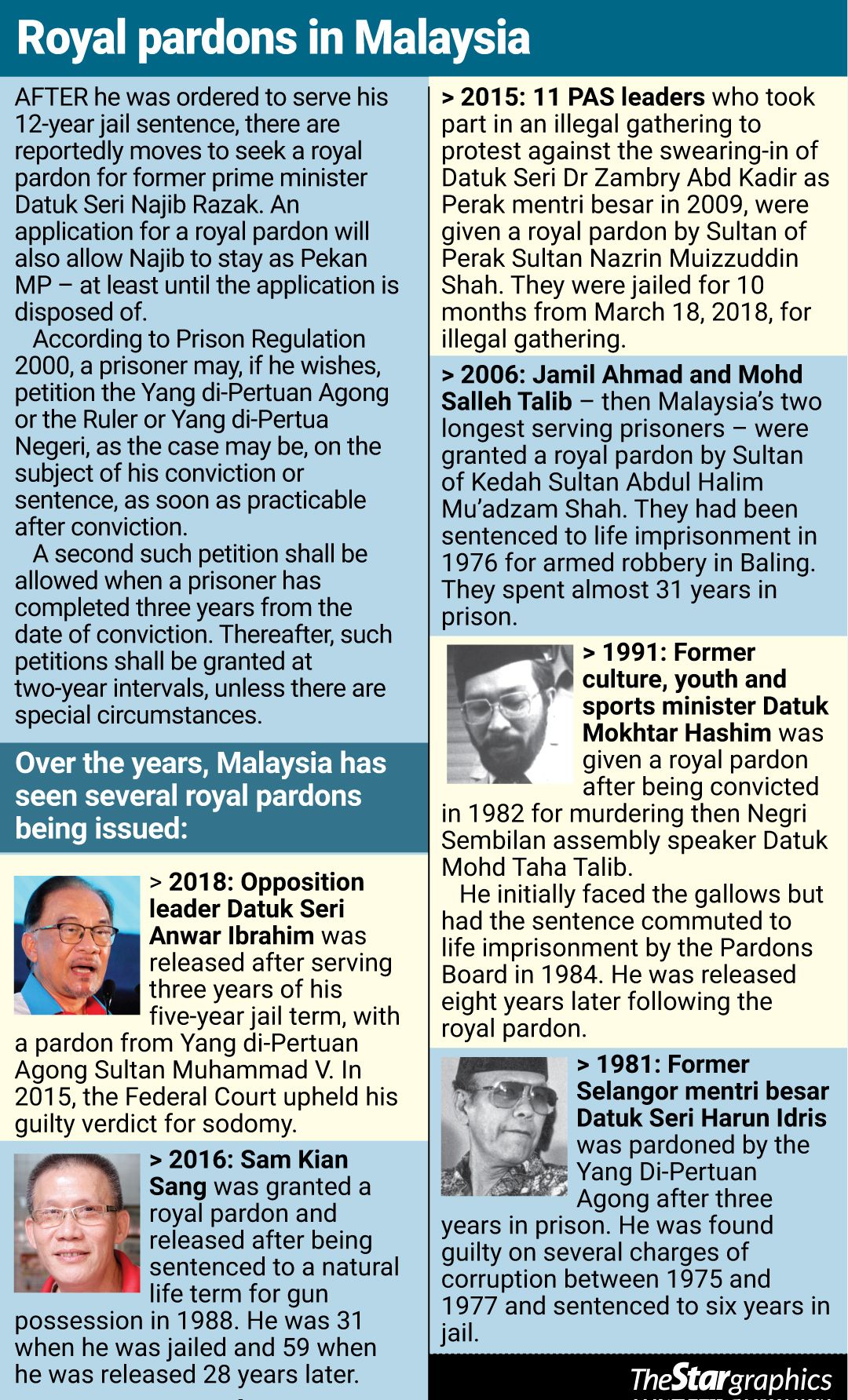 “We have submitted a memorandum with our two demands to Istana Negara.

“Firstly, we want a royal pardon to be given to Najib.

“Secondly, we want Malaysian Anti-Corruption Commission chief commissioner Tan Sri Azam Baki to meet the Yang di-Pertuan Agong and present the evidence that there has been conflict of interest with regard to High Court judge Mohd Nazlan Mohd Ghazali,” he said, urging other leaders to make similar calls for a royal pardon.

On July 28, 2020, Mohd Nazlan imposed the 12-year jail sentence on Najib in the High Court for corruption linked to SRC International Sdn Bhd.

He also slapped Najib with a RM210mil fine.

On Tuesday, the Federal Court upheld the conviction and fine.

Najib had attempted to adduce additional evidence during his trial at the apex court, arguing that Mohd Nazlan’s employment history with Maybank constituted a conflict of interest. The Federal Court, however, rejected the bid.

Syed Muhammad Imran and a few members of the group were earlier allowed to enter the palace compound to submit the memorandum, which they told the media was handed to an official.

The gathering led to slight traffic congestion in the area as police officers kept a close watch.

The group dispersed after the press conference.