Anwar: Decision to use one logo to counter claims of disunity in Opposition 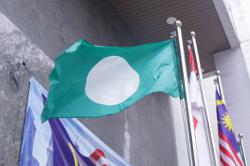 The PKR president said party members felt it must contest with its own logo, but this had led to suggestions that there was disunity in Pakatan.

ALSO READ: Pakatan Harapan to use one logo for GE15, mulls new design

"In the Johor election, PKR contested using its own logo but this made it look like there was disunity. We were criticised for it.

"It was also pointed out that I was chairman of Pakatan (as well as) president of PKR.

ALSO READ: No sign of unity in the Opposition

"So in the Pakatan presidential council meeting last night, we agreed that it was better to use the same logo in the upcoming general election," Anwar told reporters after giving a talk at a seminar in Subang Jaya on Thursday (Aug 25).

ALSO READ: Anwar: Logo issue will not affect ties with DAP and Amanah

For Sabah and Sarawak Pakatan parties, Anwar said it will be up to their leadership's discretion to use the coalition logo in GE15.

"We leave it to Sabah and Sarawak to decide.

"They can decide to use their own party logo or Pakatan's logo, (it's) up to them. We respect their autonomy," said Anwar.

Pakatan Harapan to use one logo for GE15, mulls new design 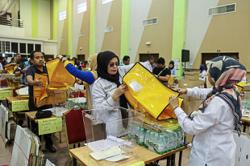