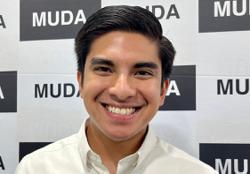 KUALA LUMPUR: The defence in former youth and sports minister Syed Saddiq Syed Abdul Rahman’s trial has failed to obtain a copy of the statement recorded by the Malaysian Anti-Corruption Commission (MACC) from a key witness in the case.

Gobind applied for the statement as he said there were contradictions in Rafiq Hakim’s testimony in court and the one recorded by the MACC.

According to Gobind, the discrepancy was over the time and place where Syed Saddiq was alleged to have instructed Rafiq Hakim and Armada assistant secretary Ahmad Redzuan Mohamed Shafi to withdraw RM1mil, and the purpose of a fundraising event in Muar.

Deputy public prosecutor Datuk Wan Shaharuddin Wan Ladin objected to the application on the grounds that the defence failed to convince the court that it had met the requirements under Section 51 of the Criminal Procedure Code.

Syed Saddiq, 29, is charged as the then Bersatu youth wing or Armada chief, who was entrusted with control of its funds, with abetting Rafiq Hakim with criminal breach of trust (CBT) involving RM1mil in funds belonging to the wing at CIMB Bank Bhd, Menara CIMB KL Sentral, Jalan Stesen Sentral 2, here on March 6, 2020.

On a second charge, Syed Saddiq is alleged to have misused property for himself, namely RM120,000 from the Maybank Islamic Bhd account belonging to Armada Bumi Bersatu Enterprise, by causing Rafiq Hakim to dispose of the money at Malayan Banking Bhd, Jalan Pandan 3/6A, Taman Pandan Jaya here, between April 8 and 21, 2018.

He also faces two counts of engaging in money-laundering activities, namely two transactions of RM50,000 each believed to be proceeds from unlawful activities, from his Maybank Islamic Bhd account into his Amanah Saham Bumiputra account at a bank in Jalan Persisiran Perling, Taman Perling, Johor Baru, on June 16 and 19, 2018. – Bernama 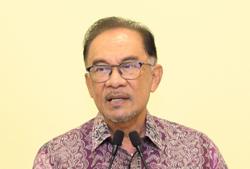