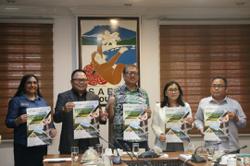 KOTA KINABALU: Sabah and Penang have agreed to embark on a cross-promotion of their respective tourism destinations after signing a Memorandum of Collaboration (MOC).

The initiative would be undertaken by the Sabah Tourism Board (STB) and Penang Global Tourism (PGT) who were represented at the signing by their respective chief executive officers Noredah Othman and Ooi Chok Yan.

STB chairman Datuk Joniston Bangkuai, and his PGT counterpart Yeoh Soon Hin, both described the agreement as “momentous” after witnessing the signing ceremony in George Town on Saturday (Aug 20).

The MOC came after the two chairmen discussed the possibility of working together to promote each other’s tourism attractions during a meeting last December.

Both Bangkuai and Yeoh were delighted with the agreement, noting that the two states shared a similar commitment to the positive impact that tourism might have on the people and the economies of their respective states as well as the nation.

The goals of the MOC between Sabah and Penang include, among others, improving flight connectivity between the two states and facilitating the engagement of key parties in relation to the development of products and tourism.

“I had the pleasure of meeting Yeoh in Penang last year, and we explored the possibility of establishing a Friendship city relationship between our two cities,” Bangkuai said in a statement on Sunday (Aug 21).

“We met again in Sabah and talked at length about how important it was to collaborate.

“I do think that this MOC is the first step to help us realise our friendship initiatives through tourism and hopefully, it will lead to a similar collaboration with other states,” added Bangkuai, who is also Sabah Tourism, Culture and Environment Assistant Minister.

He also called on the STB and PGT to establish a key performance indicator to assess the efficacy of their partnership and make adjustments as needed to realise their goals.

Yeoh, who is also Penang state exco for Tourism and Creative Economy (Petace), expressed optimism that the partnership with the STB would help to boost the economies of both states and make them more resilient in the face of future challenges.

"We anticipate increasing the number of visitors to Malaysia through the sharing of tourism ideas and the creation of dual destination packages for domestic and international markets.

“To me, the key to tourism success is breaking down siloed approaches.

“To succeed, we must work together, and this important partnership is a step to achieve our common goals,” Yeoh said. 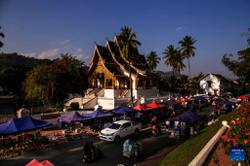