DBKL’s ban on Crackhouse Comedy Club was supposed to be for one year only, claims Kepong MP

PETALING JAYA: Kuala Lumpur City Hall (DBKL) had recommended a one year blacklist on the owners of Crackhouse Comedy Club, however they were overruled by the Federal Territories Ministry according to Kepong MP Lim Lip Eng.

In a statement to the media on Saturday (Aug 20) morning, the Kuala Lumpur lawmaker said that a credible source from the local authority had told him that the ban was only for one year.

“On the case of the Crackhouse Comedy Club owner, Rizal Van Geyzel, I have been informed by a credible source that DBKL’s licensing committee made a recommendation to blacklist Rizal from registering a licence in Kuala Lumpur for one year, as opposed to the lifetime blacklist announced on Wednesday (Aug 17) by the Deputy Federal Territories Minister Datuk Seri Jalaluddin Alias.

Lim asked Jalaluddin whether he made the announcement on his own accord, contrary to the DBKL licensing committee’s recommendation.

Lim added that while he did not approve of actions or statements aimed at insulting any religion or race, he also disapproved of any bans by the authorities which defy rules and regulations.

“Kuala Lumpur is a metropolitan city governed by rules and regulations, in particular those imposed by DBKL.

“The Deputy Minister is, therefore, obliged to enlighten the public by clarifying which specific provisions of the law empowered him to impose life sentences such as the one preventing Rizal from registering any businesses in the city, particularly in light of the fact that entertainment licences are granted to companies and not individuals?’’ Lim said.

Jalaluddin said that they decided to blacklist the owner of the club from registering a business licence in Kuala Lumpur for life.

The decision was made to set a precedent on matters pertaining to insults on religious issues. The deputy minister added that it was to prevent a recurrence of similar events in the future. 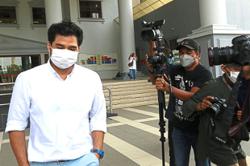 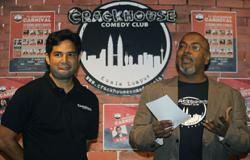