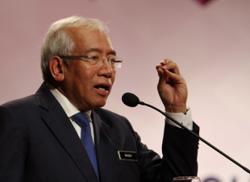 KOTA TINGGI: Johor has received over RM2.8bil to carry out 303 projects throughout this year with 222 of those meant for building and road maintenance, says Datuk Seri Fadillah Yusof.

Fadillah also said that Johor has been picked to carry out a pilot project, Performance Based Contract (PBC) with an allocation of RM52.8mil involving federal routes here in the state.

"At the federal level, we have approved the pilot project, which has already begun in Johor where the appointed concession company will be reviewed according to the Key Performance Indicator (KPI) that has been set upon them.

"Normally, the concession company will be given a three and a half years contract to build roads but through the PBC, they would be given an additional two more years as a warranty.

"The PBC will make sure that the appointed company will bear the cost if the road that has been maintained is damaged again during the contract period," he added.

Fadillah said this during a press conference held in conjunction with FTRoadpedia 2.0 southern tour held here on Friday (Aug 19).

Meanwhile, he also said that his ministry has given an additional allocation of RM650,000 to install LED smart road lights along Jalan Mersing-Kota Tinggi here that would help ensure the safety of road users and wildlife crossings.

"The road is also known as a route for wild animal crossing in particular elephants where there have been road accidents which led to the mammals’ death.

"The Department of Wildlife and National Parks (Perhilitan) made a request to the Johor Public Works Department (JKR) to install street lights along the road," he added.

Fadillah said initially the ministry allocated RM200,000 following the application but increased the amount to RM650,000 to have more street lights installed at the route. 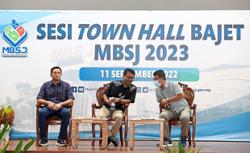