PETALING JAYA: Amendments to the Employment Act 1955 (EA 1955), scheduled to be implemented on Sept 1, will be too costly to employers and should be reconsidered, said the Malaysian Employers Federation (MEF).

Its president Datuk Dr Syed Hussain Syed Husman said the amendments would see employers absorbing an estimated additional cost of RM110.99 bil per year which was very challenging as employers were heavily impacted due to Covid-19.

"MEF supports some of the changes but it is about the timing issue. Now is not the right time to introduce changes that add costs of doing business.

"With effect from May 1, employers throughout the nation had to shoulder an estimated additional wages cost of RM14bil per year when the minimum wages rates were reviewed from RM1,100 or RM1,200 per month to RM1,500 per month.

"It will be very challenging for the employers to absorb the estimated additional cost of RM 110.99bil per year especially at the time of uncertainty and volatile global market due to supply chain issues arising from Covid-19 and the geopolitical conflict in Ukraine," he said in a statement.

He said there were too many changes taking place affecting business during the challenging periods adding that there was a need to slow down a bit to allow businesses some space to breathe.

Apart from the above amendments that had direct financial implications, he said employers too had to grapple with the other provisions of EA amendments such as flexible work arrangements (FWA) where employees may apply to go on FWA, 60 days hospitalisation leave per year in addition to the non-hospitalisation sick leave and new procedures on application for foreign workers. 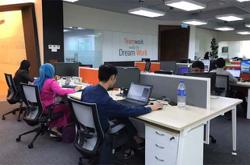