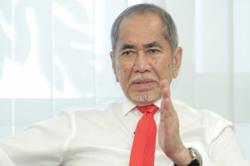 PETALING JAYA: There is unlikely to be a flood of lawmakers switching camps or going independent before the anti-hopping law comes into effect next month, say analysts.

Only a handful may be thinking of doing so before the law comes into force mid-September as such a move would likely result in the end of their political career in the coming general election.

“Those thinking about it will remain where they are for better or for worse as they have no choice,” said Dr Azmi Hassan, a senior fellow at Nusantara Academy for Strategic Research when contacted yesterday.

He said that it would be very difficult now for those switching camps or becoming independent to survive the coming polls.

“The anti-hopping law received 209 votes from all MPs who were present in the Dewan Rakyat when the law was tabled.

“It is a signal from their constituents that they will not appreciate or vote for MPs who jump ship,” he added.

Azmi said MPs who want to switch camps might be former Umno or PKR members who know that they would not be fielded or unable to defend their seats in the polls under the Perikatan Nasional banner.

“Rather than jump ship, they may opt to become Independents as what was done by Datuk Mohd Khairuddin Aman Razali, who resigned from PAS to become an Independent in March.

“Even if they become Independents, not every party will accept them before the polls as they will be seen as a liability,” said Azmi.

The anti-hopping Bill was passed by the Dewan Rakyat and Dewan Negara on July 29 and Aug 9, respectively, with more than the two-thirds majority required for the law to be enacted.

On Aug 10, Minister in the Prime Minister Department (Parliament and Law) Datuk Seri Dr Wan Junaidi Tuanku Jaafar said the law would come into force once the Yang di-Pertuan Agong gives his consent and date for the law to come into effect.

Although the federal law covers only MPs, state governments were advised to adopt the anti-hopping provisions to include state legislative assemblymen.

International Islamic University Malaysia’s constitutional and administrative law lecturer Prof Dr Nik Ahmad Kamal Nik Mahmod also said that there would not be many MPs seeking to beat the anti-hopping law before the mid-September deadline.

“Those who leave are those who know that they will not be selected to run for election and they have received offers from another party,” he said when contacted.

He noted that MPs who decided to leave their parties to join another party are taking a big risk with their political career.

“If they leave, it is not guaranteed that they will be chosen to run in the next general election,” he added.

Universiti Sains Malaysia’s political science expert Prof Dr Sivamurugan Pandian also said that it would be risky for an MP to switch camps or become an Independent.

“Once Parliament is dissolved, everyone goes back to the drawing board and will have to determine which party they want to contest for,” he said, adding that switching parties now could upset voters on both sides as what was seen during the Melaka state polls.