KUALA LUMPUR: A prostitution ring has been busted after the police raided a premises in Taman Fadason here.

In a statement, Sentul OCPD Asst Comm Beh Eng Lai said that the raid was conducted on Saturday (Aug 13) at 11am.

“Investigations show that one of the women, an Indonesian aged 39, was forced into prostitution without pay.

“She was brought into the country from Stulang, Johor as a GRO but was forced to be a prostitute and later brought to a hotel in Kuala Lumpur,” he said.

He added that the remaining women confessed to being GROs willingly.

“They have been working in Malaysia for the past two years and all do not possess valid travel documents,” he said.

“The court has approved an application by the police for an interim protection order (IPO) for 21 days to protect and place the forced victim at a safe house,” said ACP Beh. 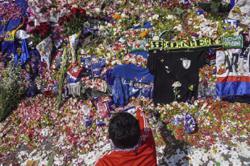