The unseen costs of being a virtual influencer 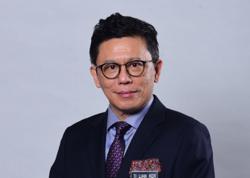 PETALING JAYA: Ask today’s youth, by a quick show of hands, to choose between getting a formal education followed by a stable job and becoming an influencer online, and many will choose the latter.

But all that glitters is not gold because once you put yourself out there, you will be subjected to cyberbullying, stalking, invasion of privacy – and yes, fame but with a price tag attached to it.

This scenario is getting more prevalent in every household where children and even some adults want to be “seen” in the virtual world.

Parent Action Group for Education Malaysia (PAGE) chairman Datin Noor Azimah Abdul Rahim said that while making content and gaining followers might seem fun, the ultimate question is whether it can translate into a cash flow that can pay bills and support a particular lifestyle.

“Some influencers may excel, but most are unable to sustain their lifestyle.

“It does teach, and you develop multiple skill sets which build competence and can lead to other non-traditional careers and entrepreneurship,” she said.

On the downside, Noor Azimah said there are cybersecurity issues due to the nature of being online.

One has to manage it as best as one can by not provoking, by being diplomatic, “cybersmart” and exuding confidence, she added.

Dr Mohd Shahidan Shaari from Universiti Malaysia Perlis’ Faculty of Applied and Human Sciences said youngsters today are interested in becoming influencers due to their exposure to the digital economy.

“Technological advancement has paved the way for them to embrace the digital economy. A lucrative income can also act as a magnet, pulling many youngsters into becoming influencers,” he said, adding that they are also attracted to the glamour.

Shahidan said the higher cost of living, especially in Kuala Lumpur, is another reason compelling fresh graduates to do this as a second job to afford food and accommodation.

Despite lure of money and fame, teens say education vital for future