he said individuals who exploit PPR housing by purchasing a unit or more for profit could hamper the government's effort to provide housing for the needy.

"The government's efforts to resettle squatters and meet the housing needs of low-income groups will certainly be delayed if the implementation of PPR is not properly regulated.

"The National Housing Department must ensure that only truly qualified applicants are offered units," he said in a statement.

Mike said local authorities should carry out targeted enforcement and consistent engagement with resident associations to empower PPR residents and provide a channel for the people to communicate with the authorities.

"Every public complaint should be addressed seriously and resolved promptly.

"This is to prevent the recurrence of offences such as illegal occupants, residents not residing at the units which they own as well as sub-letting.

"Worse is if PPR units are rented to foreigners or the number of occupants exceed its capacity. This often causes hygiene problems, noise pollution and even threaten the safety of other residents," he said.

Chong said authorities should also publicise any enforcement action or punishment meted out to deter others from snatching away the lower income group's right to housing.

"Without hesitation, authorities or the state government must be stern and issue termination notices to owners who violate the terms and conditions of PPR ownership.

"This should be followed up swiftly with blacklisting and legal action," he said.

"A prison sentence of up to three years or a fine by the courts in accordance with the Statutory Declaration Act 1960 for PPR abusers found guilty, feels sufficient for now, but enforcement by local authorities still has room for improvement and enhancement," he added. 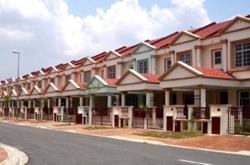