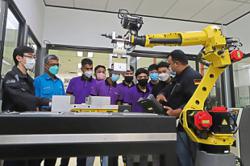 PETALING JAYA: “Appointments up for sale” – this is the latest obstacle faced by some employers – especially those from small and medium enterprises (SMEs) – in their bid to secure foreign workers for their companies.

Some of the employers interviewed by The Star said the appointments were difficult to obtain because of the red tape in the process of procuring foreign workers.

One of them, who asked not to be named, said if any employer were to get an interview to secure workers, chances were he or she would only get less than half of what was requested.

“If you apply for 50, you will get 20 workers, and SMEs bear the brunt of it because their turnover sales are between RM5mil and RM20mil.

“Giant organisations get priority because they have the government to back them up but for SMEs, they are the forgotten lot at times unless you know somebody.

“You have to lobby because applications get rejected easily as there are so many requirements to fulfil, documents to fill up and upload.

“You also need a bit of help from the association to help push your applications,” he said.

The source said this followed the series of arrests made by the Malaysian Anti-Corruption Commission over alleged bribery in the employers’ securing of quotas for foreign workers.

Among those arrested was the chief executive officer of an information technology company.

The source also said that locals work as general workers for a good three months until they could buy a vehicle, and then they change to become ehailing drivers or “entrepreneurs”.

This, he added, was the shelf life of a local worker in the manufacturing sector, which is why local companies still need to hire foreign workers.

At present, the process of procuring foreign workers in Malaysia is done via the Foreign Workers Centralised Management System (FWCMS) under the Human Resources Ministry.

An employer has to create a company profile online and upload all the required documents, including turnover and Employee Provident Fund to the system.

There is also a ratio involved for an SME; it is 1:1, while for bigger companies it is 1:3 (one local to three foreign workers), depending on the size of the organisation and turnover.

Another source close to the industry also revealed that they were aware of those who offer to pay for an interview.

“The ones who pay in three weeks will get it, while those who actually attend the interview without any payment may not even get it after three months. It is an open secret.

“We already have a system in place, and those who know their responsibilities should carry out their work honestly, so that these things do not happen,” the source said.

In George Town, some companies wanting to hire foreign workers have been facing issues with “agents” who claim to be able to help these companies secure interview sessions for the application and vetting process in Putrajaya.

Small and Medium Enterprises Association (Samenta) policy and government relations chairman Datuk William Ng said these companies reported the incidents to Samenta and raised their concerns of possible “hanky-panky” behind the approach.

“We received many complaints from members who faced difficulty in hiring foreign workers, which is done via the FWCMS.

“After registering, they are required to undergo an interview, which is in Putrajaya.

“It is either they are physically present or via agents.

“However, there have been many cases in which applicants are informed that the interview appointments have been cancelled or postponed for reasons such as understaffing and wrong scheduling, while on their way (to Putrajaya).

“What’s strange is that after the interviews are postponed, cancelled, or their applications rejected, there would then be ‘agents’ making contact shortly after.

“These ‘agents’ would offer to assist and expedite the process for a fee of between RM1,000 and RM1,500 per applicant.

“It raises suspicion and we wonder how those ‘agents’ know about our application status within such a short period,” said Ng.

He said the association hoped that the interviews could be done at state levels or through industry or association bodies with qualified officers present.

“In the past, during interviews with ministries such as the International Trade and Industry Ministry (Miti), there would be officers from other agencies sitting in as well.

“However, since this year, they have removed third-party interviewers.

“We hope to eliminate the involvement of agents and keep the process of procuring foreign workers simple.

“If the process can be delegated to state or association levels, then relevant agencies may assist within the panel and help to decide, instead of relying entirely on the Human Resources Ministry,” he said.

Ng said by simplifying the process, it would not only save time and cost but also eliminate the risk of unscrupulous parties taking advantage of opportunities. 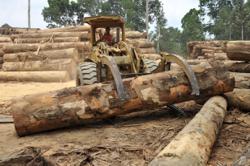