The Home Minister acknowledged that he was aware of the allegations involving the Public Service Department (PSD) director-general.

"I don't know the cause but some news have been forwarded to me. I have instructed that a more in-depth investigation be conducted so we can get the facts.

"I have called Immigration director-general (Datuk Seri Khairul Dzaimee Daud) and said that even though the matter has gone viral, we need clearer facts. I don't want this to be used to destroy someone's image.

"I actually know the Immigration officer there (mentioned in the viral post). James is a good person and I see him whenever I'm at the airport," he said after an appreciation dinner for the Home Ministry here on Wednesday (Aug 3).

Hamzah urged the public to remain patient and allow the internal investigation, that will be conducted by the Immigration Department, to proceed.

Earlier on Wednesday, the Malaysian Immigration Enforcers Association and Immigration Services Union of Peninsular Malaysia released statements on the incident, with alleged accounts of the incident making its rounds on social media.

The KLIA Immigration Operations head, who was identified as James Lee, was said to have been at the receiving end because there were no Immigration officers stationed at the VIP room between 8.40am and 9.40am on Wednesday. 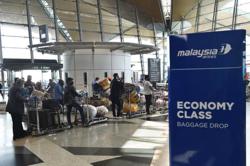 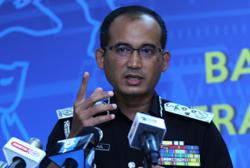