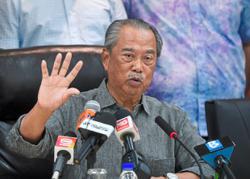 SHAH ALAM: Former Mentri Besar of Selangor Tan Sri Abdul Khalid Ibrahim who breathed his last on Sunday (July 31) will surely be remembered for being one of the individuals who played a significant role in the Guthrie Dawn Raid on Sept 7, 1981.

Long before he led Selangor’s state government from March 13, 2008, to Sept 22, 2014, Abdul Khalid was already one of the most important men in the country’s history, mainly for his role in the dawn attack on the London Stock Exchange, which led to the successful takeover of Guthrie Corporation, a British-owned company.

He was included in the team involved in the Guthrie Corporation takeover plan, which was carefully prepared by the then-fourth Prime Minister Tun Dr Mahathir Mohamad, as well as Bank Negara Governor and PNB chairman Tun Ismail Ali.

Abdul Khalid’s experience of working as a financial adviser in London had also helped ensure the success of the top-secret plan to pull off a ‘heist’ on all Guthrie Corporation’s plantations on behalf of the country.

Abdul Khalid graduated with an economics degree from Universiti Malaya in 1971 before pursuing a Master’s degree at the University of Queensland, Australia in 1976.

He began his career as a teacher and lecturer before venturing into the corporate world and had held various top posts such as general manager and chief executive officer; Amanah Saham Nasional Berhad (ASNB) director; Guthrie Bhd Group director; and Pelaburan Hartanah Nasional Berhad director.

His political career began in 1995 with his involvement in Umno when he contested for the post of Kuala Selangor Umno chief but lost to Jeram assemblyman Datuk Miskon Sutero at the time.

Abdul Khalid contested on a PKR ticket and won the Ijok state seat in the 12th General Election in 2008, which saw the opposition coalition Pakatan Rakyat comprising PKR, DAP and PAS forming the new state government in Selangor, and him being appointed as the first non-Barisan Nasional (BN) Menteri Besar on March 13, 2008.

During his six-year tenure in Selangor, Abdul Khalid had, among others, introduced the Hasil Negeri Untuk Rakyat (state’s revenue channelled back to the people) policy in 2008 with various welfare programmes under the Merakyatkan Ekonomi Selangor (MES) agenda being implemented with an allocation of over RM1.6bil to benefit at least four million people in the state, hence making him the menteri besar beloved by many.

Through his wise-spending policy, the Selangor savings reserves during his administration had increased to RM3.3bil in 2014 and part of the savings were used for development projects, such as the construction of the Klang Third Bridge and affordable houses.

Under his administration, Selangor continued to be the catalyst for the national economic growth by contributing approximately 24 per cent to the Gross Domestic Product and maintaining its position as one of the top investment destinations in the country.

The state government under Abdul Khalid’s leadership had also reached an agreement with the Federal Government and four concession companies to restructure water services after going through a process which began in 2008 so that all water assets can be returned to the people while ensuring international standard water services at reasonable prices.

His services and advice were still being sought after even when he was no longer a menteri besar, as proved when he was made the Terengganu Economic Adviser, the post which he held since 2018.

Abdul Khalid breathed his last at the Cardiac Vascular Sentral Hospital in Kuala Lumpur at 11.08pm on Sunday (July 31). He was 76,

A post on his Facebook page announced that Abdul Khalid had been warded since April 23 due to an infection of a heart valve.

In keeping with a decree of the Sultan of Selangor Sultan Sharafuddin Idris Shah, Abdul Khalid was laid to rest at the Shah Alam Royal Mausoleum in Section 5.- Bernama 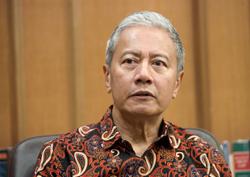