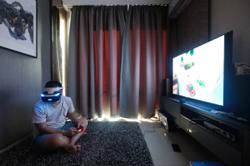 JAKARTA: Indonesia has lifted its restrictions on the entry of its workforce into Malaysia, says Human Resources Minister Datuk Seri M. Saravanan.

The restrictions will be lifted from Monday, and bosses who wish to employ Indonesian workers can start recruiting from then.

Indonesia, said Saravanan, had also agreed to integrate the existing system between Malaysia’s Immigration Department and its embassy in Kuala Lumpur for the recruitment of Indonesian domestic workers (PDI).

He said the integration of this system would act as a single channel for the recruitment and entry of PDI into Malaysia as agreed in the previous Memorandum of Understanding (MOU).

“This system will be operational in three more weeks under the supervision of the Malaysia-Indonesia Joint Working Group,” he said in a statement with his Indonesian counterpart, Ida Fauziyah, as reported by Bernama.

He said a pilot project would be implemented for a period of three months upon the completion of the system’s integration to ensure its smooth execution.

“Therefore, the Indonesian side has agreed to withdraw the restrictions on the entry of PDI and Indonesian labourers (TKI) into Malaysia starting Aug 1 (Monday),” said Saravanan.

He said he believed that the resolution of the issues in the MOU of the PDI would lead to the smooth entry of Indonesian workers into Malaysia in the domestic service sector as well as other sectors allowed to employ foreign workers.

He reminded employers whose foreign worker quotas had been approved by the Human Resources Department to immediately make levy payments to Malaysia’s Immigration Department.

On July 13, Indonesia announced its decision to temporarily freeze the entry of the country’s workers into Malaysia because the single system as previously agreed was not used.

Saravanan was in Jakarta in conjunction with the meeting of the Joint Working Group between Malaysia and Indonesia as outlined in the MOU regarding the PDI, which was completed on July 27.

This meeting discussed policy and technical issues in the implementation of the MOU signed on April 1, 2022.

Earlier, Ida said a mutual agreement on the necessary steps was important to ensure the full implementation of the MOU, especially on the One Channel System.

Previously, the Joint Working Group had discovered several policy and technical implementation issues that could affect the implementation of the MOU.

“We agree to take all the necessary steps to ensure that the terms in the MOU are fully complied with by all parties by involving the respective governments’ relevant agencies or institutions,” Ida said.

She added that the effectiveness of the implementation of the commitments made in the MOU was also important before Indonesia sent the PDI back to Malaysia in August. 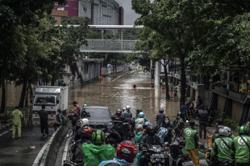