UDA celebrated its 50th anniversary in style at One World Hotel in Petaling Jaya.

IT was a night of celebrations for UDA Holdings Bhd (UDA), which revealed its new corporate branding in conjunction with its 50th anniversary, which was held at One World Hotel in Petaling Jaya.

Themed “Be part of our legacy”, the UDA 50th anniversary gala night saw guests come out dressed in their best batik attire to celebrate the occasion.

The company’s milestones were featured on a wall mural, taking guests from its humble beginnings to where it is today.

A key leader in the planning and advancement of modern Malaysia’s urban landscape, the property development and asset management company was initially established by the Malaysian government on Nov 12, 1971 as the Urban Development Authority. UDA has achieved numerous milestones along its 50-year journey, the results of which can be seen through its successful commercial and residential projects across the country.

Since its establishment, UDA has been committed to carrying out its mandate to restructure society through urban development by achieving a more equitable distribution of opportunities among the various races in the fields of commerce, industry and housing.

Among the continuous developments include the redevelopment of Bandar Tanjong Tokong in Penang, where free housing units were given to 300 families.

In 1984, the Dayabumi Complex, the first skyscraper in Malaysia, was built using Japanese steel technology by UDA.

UDA prides itself on developing iconic landmarks in the Kuala Lumpur city centre, such as Bangunan Cahaya Suria and Pudu Sentral, which was formerly known as Puduraya. The new branding is UDA’s initiative to step into the ‘from shy to shine’ phase, said Norliza.

From the beginning of its establishment until now, UDA has been committed to providing a conducive and competitive commercial space, together with the Ministry of Entrepreneur Development and Cooperatives (Kuskop) in producing more entrepreneurs.

Today, UDA is an agency under Kuskop, with the vision of being the preferred organisation with diversified property and asset management businesses.

After 50 years of success, UDA is charting its path forward with a new branding – LIFE (Legacy, Integrated, Finesse and Enrich) as the main pillar in creating success for the next 50 years to come.

Speaking at the momentous occasion, UDA chairman Datuk Norliza Abdul Rahim said the company will continue to be committed to modernising the country’s modern landscape as well as providing a beneficial and competitive commercial space, together with respective government ministries in producing entrepreneurs.

“LIFE will be the DNA to advance real estate development, asset management, facilities and hospitality in order to create an inclusive community, in line with the spirit of the Malaysian family and the country’s vision of shared prosperity. “LIFE can be expressed through a more meaningful life by exploring new opportunities and achieving higher dreams and goals and continuing the legacy of life for future generations.

“This is the true meaning of LIFE that UDA wants to instil in the heart of its business and reflect across its portfolio – Embrace Life for real estate, Experience Life for shopping malls, Enjoy Life for hospitality and Enhance Life for facility management.

“This new branding is UDA’s initiative to step into the “from shy to shine” phase.

“With the new branding, I believe that UDA will continue to play its role of creating an inclusive community in its business and development regions,” she said.

Also present at the event was Kuskop Minister Tan Sri Noh Omar, who applauded UDA for the five decades of success building a facilitative community environment through real estate and business, especially in urban areas.

“I hope that UDA will continue to strengthen its role in producing more entrepreneurs together with the ministry as well as achieve success in every of its business segments,” he added.

Gracing the grand celebration was Prime Minister Datuk Seri Ismail Sabri Yaakob, who launched LIFE, followed by the launch of the 50 Years of UDA, Continuing the Legacy Together book.

The book documents the journey of UDA since its establishment and the development throughout half a century and will serve as a reference for future generations.

The Prime Minister also said he hoped that UDA would continue to shine in creating an inclusive and sustainable community and work together with the government in restoring the national economy.

To assist bumiputra commercial centres and entrepreneurs, Ismail Sabri announced a RM100mil fund for UDA in his speech.

In conjunction with the anniversary celebration, UDA has also organised a slew of programmes, including the UDA 50 Golden Offers, UDA 50th Anniversary Logo Design Competition, UDA Cares’ Project RE, as well as UDA Virtual Amazing50 Race.

As part of the event, the grand prize winner of UDA 50 Golden Offers received his brand new Proton X50 at the gala night. 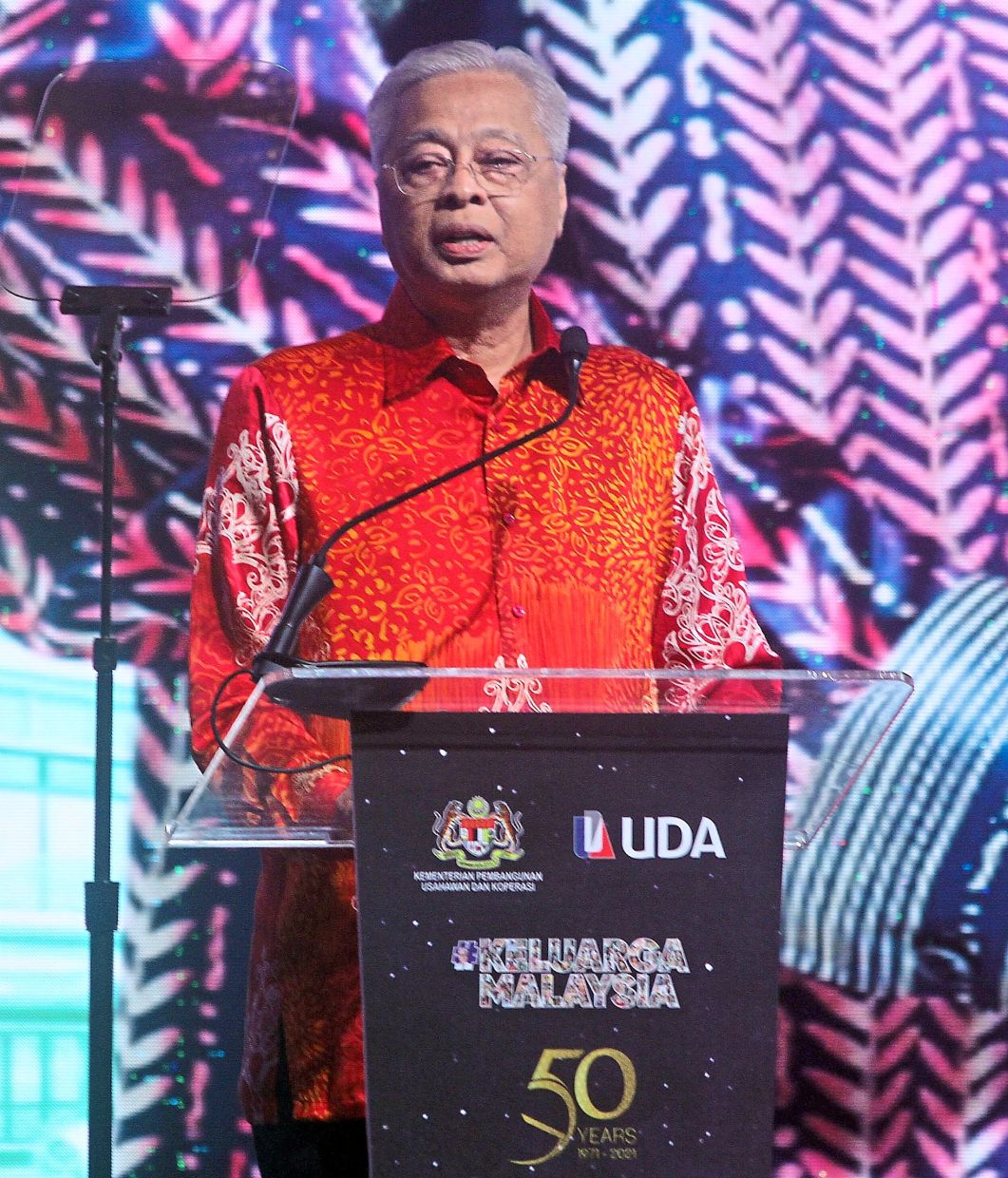 UDA celebrated its 50th anniversary in style at One World Hotel in Petaling Jaya.

The new branding is UDA’s initiative to step into the ‘from shy to shine’ phase, said Norliza.