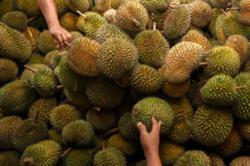 KUALA LUMPUR: A bank officer today told the High Court that he could not confirm whether the money amounting to RM63,800 which was deposited into a bank account in the name of an engineering and construction company, belonged personally to Tan Sri Shahrir Ab Samad.

Public Bank Berhad Banking Services manager Tan Kok Kiong, 32, said he also could not confirm that the money which was deposited through a cheque, dated March 22, 2014, into Public Bank's account in the name of ZAM Engineering & Construction, was entrusted to Shahrir.

The third prosecution witness said this during cross-examination by counsel Shazreen Mohd Hatta, who represented Shahrir at the trial of the former Felda chairman who is charged with failing to declare RM1mil which he received from Datuk Seri Najib Razak to the Inland Revenue Board (LHDN).

Tan, who works at Muar branch of Public Bank agreed with the lawyer's suggestion that he could not confirm if the money that went into the company's bank account was actually a reimbursement.

Earlier, when reading his witness statement, Tan said that the account opening application was made by two individuals, namely Hamidah Basir and Nur Faizah Zulkifli, who are partners in ZAM Engineering & Construction on Jan 25, 2013 and RM63,800 was deposited via a cheque into the account on March 24, 2014.

Meanwhile, the witness said the RM63,800 was a normal transaction that was not suspicious because it was not a large amount for a company account.

"If there is a suspicion in a transaction involving a cheque, the bank has the right not to proceed with the transaction?”, asked the counsel, to which the witness replied: "Yes".

Shazreen: The balance in the Public Bank account was RM529.60 before the RM63,800 went into the bank account. Is the sudden deposit of RM63,800 something suspicious?:

Tan: No, because it’s a construction company and it may get payment for a contract.

During re-examination by Deputy Public Prosecutor Natrah Fareha Rahmat, the witness said that he could only confirm that money was deposited into the account but could not verify the source of the money.

Meanwhile, assistant branch manager of Malayan Banking Berhad, Salniza Abdul Rahman, 49, told the court that RM10,000 was deposited through a cheque into the Maybank account of Taman Kebun Teh Umno branch, Johor on Dec 10, 2013.

According to the fourth prosecution witness, the Umno branch account was managed by three individuals, namely Shahril @ Shahrir Ab Samad, who was the then branch chief; treasurer Murad Mohd Taib and secretary Mohd Salaehudin Ali.

Shahrir, 72, was charged with money laundering by not stating his real income in the Income Tax Return Form for Assessment Year 2013, which is a violation of Section 113(1)(a) of the Income Tax Act 1967, on the RM1mil, believed to be from unlawful activities, which he received from Najib through a cheque. 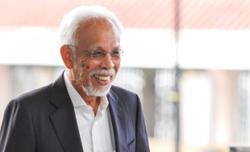 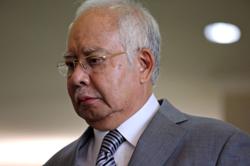