KUALA LUMPUR: The police opened an investigation paper in connection to the #Turun protest in front of the Sogo shopping mall here today under Section 9 (5) of the Peaceful Assembly Act 2012.

Dang Wangi OCPD Asst Comm Noor Dellhan Yahaya said so far, 30 individuals have been identified to be involved in the protest and will be called to have their statements recorded soon.

According to ACP Noor Dellhan, about 100 individuals holding placards and banners had gathered outside of the Sogo shopping centre at about 1.40pm and dispersed at about 3pm.

"The police advise the public not to get involved in any activity that violates the law and strict action will be taken under the provisions of the law that is still in force," he said.- Bernama 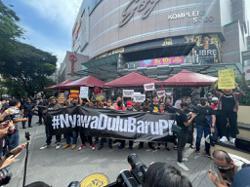 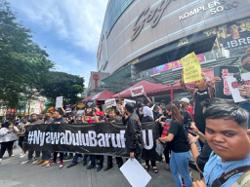