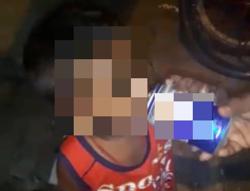 Commending The Star's on its series of articles about the menace of cheap, express fake dentists, CAP Education and Health officer N V Subbarow said he was shocked to find out that these illegal operators are operating openly

"These tooth robbers are creating more problems. The government must pull their 'teeth' before they pull others," he said.

Subbarow said that every clinic should have their doctors' practicing certificates displayed openly and the authorities should carry out inspections at dental clinics every six months.

On Monday (July 4), The Star released a three-part expose on illegal dentistry in Malaysia

In their months of investigation, the newspaper found that there are syndicates in the beauty industry that offer short dentistry courses to anyone who wishes to acquire the skills and set up their own businesses.

Ranging from RM1,000 to RM3,000, anyone can participate in various courses such as installing braces, veneers and performing whitening procedures, with a certificate and starter kit given at the end of the class.

A reporter from The Star recently took one of the courses, which lasted for only five hours and ended with the journalist being "certified" as a "dentist" who can perform dental veneers on others.

It was also reported that many of these express "fake dentists" would claim that they learned the skills from Youtube to avoid revealing information about their trainers.

Dental tools easy to get off the shelves