PETALING JAYA: It’s a problem that enforcement officers just can’t seem to even put a dent on.

Despite the crackdowns, many illegal dentists are still promoting their services, which include dental filling, scaling, tooth extraction, veneers and whitening procedures on social media.

And many people are going to them, not just because of the cheap prices but also the convenience that illegal operators provide.

The Star’s month-long investigation found that cheap operators work from anywhere – from well-established beauty parlours to markets, hotels and even on sidewalks.

Others also provide home services. These illegal dentists and dental trainers would increase their rates according to their “experience” in the industry.

The Health Ministry’s dentistry division recently busted a salon in Kuala Lumpur, believed to have been offering and teaching dentistry services.

Among the services was dental veneer, where a white composite is plastered over one’s teeth. 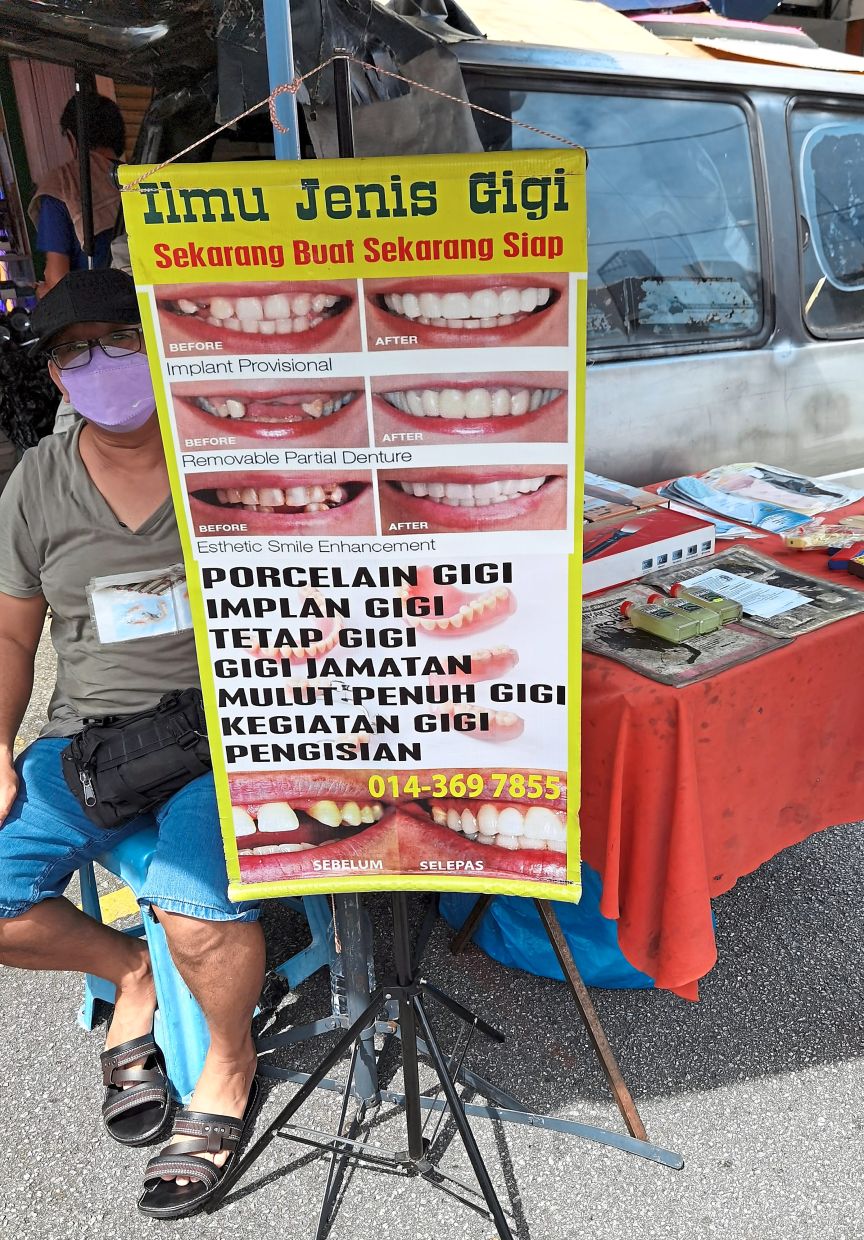 Out in the open: A man offering dental services along Jalan Pasar in Kuala Lumpur. — YAP CHEE HONG/The Star

The market price for the illegal service is around RM500 to RM650. A registered dentist may charge around RM1,500 or more.

“If you only care to have cheap and not about the quality and the artwork, please don’t waste your time to come,” said one salon in a social media post.

Those who wish to get their teeth done at such salons may have to fork out around RM1,400 for a procedure performed by students.

If done by a more “experienced” practitioner, it could go up to RM2,300.

“Sometimes, the issue with their teeth is too insignificant and it doesn’t affect them medically or dentally but they insist on having it corrected,” said Dr Noormi.

“At the end of the day, we (the registered dental practitioners) are the ones who will have to treat the complications caused by fake dentists.

“We feel sorry for these patients but the damage once done is irreversible,” she said.

The Health Ministry is hoping to launch awareness campaigns to educate the people on the need to report illegal practitioners they come across.

“They can leave comments on posting promoting such services on social media to discourage others and lodge complaints to ohd@moh.gov.my,” Dr Noormi said.

Plastic chair and a picture to lure customers

NOT far from the Jalan Pasar market, a plump man stands next to a plastic chair.

On it are “before and after” pictures of a dentures treatment.

“Do you need dentures?” grinned the man. He had almost perfect, white teeth.

Asked where the treatment will be done, the man pointed to a building behind him.

By the looks of it, one would have thought his service would be cheaper, or rather affordable.

However, he charges around RM150 to RM400 for a two-tooth denture set, cheaper than at a private clinic but over 10 times the normal cost at a government clinic.

The Star understands the cost for a similar denture at a government clinic would be around RM14 but the wait could be long, which is why many are reluctant to go there.

THE ad says braces can be fixed at promotional prices, with even house calls done.

A reporter called the number on the ad sometime in April this year.

The person who came online claimed to be a “home-based” illegal dentist who offered to fix her crooked teeth with braces.

It would cost RM100, far cheaper than even government clinics, which would charge around RM1,200.

“I am doing a Raya promotion. After Raya, the price will be back to normal, which is RM250 for braces and whitening.

“This excludes transportation fee if you need me to go to you,” she said.

Another ad is for BracesbyCykinn. It’s the site of a mobile dentistry practitioner who operates in a few states.

She claimed the whole process of placing the braces would take only about 20 minutes.

“No need to extract your tooth ... after fixing the braces I will come to you every once a month to ‘service’.

“The price for ‘service’ will be explained while I place the braces onto you,” she said, adding that the price was below RM150.

Dental tools easy to get off the shelves 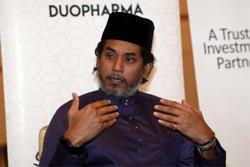