KOTA KINABALU: An elderly man was on the verge of collapsing by the roadside and no one stopped or even slowed down to check on him.

But one person did. He is Mohd Sazwandi Sumarti, a 26-year-old food delivery man.

On a busy Saturday (July 2) evening, Sazwandi had just got a double-delivery order and was rushing to send them to two different locations when he saw the man at about 4.40pm from afar at the Lido overhead bridge area here.

“I saw he was sitting by the roadside, looking like he was about to fall over to the road.

“I noticed that no one bothered to stop to check on him,” he said, adding that he turned back because he didn’t feel right leaving the man without finding out what happened.

Sazwandi said when he reached the man, he noticed that he was almost unconscious and there were foams and dried blood on his mouth. There was also a urine pouch attached to the man’s body.

“I quickly picked him up and took him to the side as there were too many cars driving by.

“I asked where he was going and whether he was sick,” Sazwandi said, adding that he messaged his customers informing them that he would be late as he had to help someone.

The man told Sazwandi that he had just gotten his medicine from the nearby Luyang Clinic and was walking home to Tanjung Aru, which is about 8km away.

By then, three others, including two delivery men, had also stopped to help.

“We called the ambulance as we felt that he needed further medical attention and there was no way he could walk home in that condition,” said Sazwandi.

The man told Sazwandi that his children were working, and that he was fine and could still walk home, but they insisted he stayed put and waited for the ambulance to arrive.

He reluctantly agreed as he was also too weak to argue further.

“Not long after that, the ambulance arrived and the man was taken to the Queen Elizabeth Hospital for treatment,” said Sazwandi.

The whole incident was captured on his helmet camera, which he shared in his social media account.

The video was widely circulated and shared with the aim of alerting the man’s family of the incident.

As seen at the end of the recording, the man looked grateful as he was placed on a stretcher and carried into the ambulance, and waved goodbye to the man who took the effort to help him.

Sazwandi, who has been a delivery man for almost two years, later proceeded to send the food, which had turned cold, to his customers.

“I was afraid that they would be mad or give me a bad review, or even worse, not want the food anymore.

“Luckily, they were very understanding and did not scold me,” he said.

Sazwandi said he felt glad that he stopped to help the old man, but also sad that there were so many who just turned a blind eye to such a scene.

“It won’t hurt to show a little bit of concern and some compassion towards fellow humans,” he said.

It is unclear whether the man really has a family and if he does, whether they have gone to the hospital to take care of him.

However, Sazwandi’s act of kindness had earned him praises from social media users. 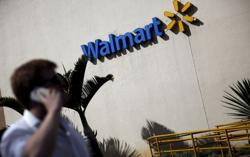