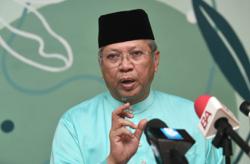 PETALING JAYA: The special task force on inflation has given its assurance that the government’s subsidy policy is here to stay, despite its RM70bil price tag.

“This is to ensure the people are not burdened by rising costs,” said Tan Sri Annuar Musa.

The chairman of the newly-formed task force said the government’s commitment to keeping the prices of necessities under control has helped to keep Malaysia’s inflation rate low.

“Perhaps many people are not aware that this is due to the government’s commitment to controlling the rising prices of goods and necessities by providing subsidies.

“The Finance Ministry has projected that the country will be spending more than RM70bil on subsidies in 2022.

“This is more than what Parliament had approved last year for subsidies, which was RM33bil.

“But the government will continue to pay for subsidies to ensure the rakyat are not badly affected by rising prices and also to ensure the country’s inflation rate remains low,” Annuar told a press conference after chairing the task force’s first meeting in Putrajaya yesterday. Annuar said if the government had allowed the price of chicken to float, it would have risen to as high as RM11 per kilo.

“Based on our monitoring of the market, the price of chicken could go as high as RM11 per kg if there is no price cap.

“We cannot allow this to happen, which is why we set the maximum price for chicken at RM9.40 per kg.

“The government will be spending more than RM330mil to maintain the subsidy on the price of chicken and eggs,” he added.

To ensure the supply of chicken remains adequate, Annuar said the task force would be keeping a close watch on the supply chain to ensure there are no leakages.

He added that enforcement teams from the Domestic Trade and Consumer Affairs Ministry would actively look out for cases of profiteering.

“Those who are caught selling subsidised goods above the maximum price can be punished under the Price Control and Anti-Profiteering Act.

An individual found guilty of this faces a maximum fine of RM100,000 or three years imprisonment or both, said Annuar.

Citing an example, he said a seller was caught selling five 1kg plastic poly bags of cooking oil for RM27 at an online shopping platform.

“The 1kg subsidised cooking oil costs RM2.50 each so this person is selling above the maximum price. The Malaysian Communications and Multimedia Commis-sion is taking action against this.

“We urge traders not to misuse subsidised goods. The subsidy is to reduce the burden of low-income groups.

“Taking advantage of them is a cruel thing to do,” he said.

Separately, Annuar said the task force would be getting more members, but he did not provide details.

He said this in a tweeted reply to Segambut MP Hannah Yeoh who criticised the absence of women in the task force.