In a statement Wednesday (June 29), the Agriculture and Food Industries Minister said the Cabinet also decided that the retail price of Grade A eggs will be set at 45 sen each; Grade B (43 sen) and Grade C (41 sen).

The new prices will take effect on Friday (July 1) until Aug 31.

The ceiling price for standard chicken was previously set at RM8.90 per kg in Peninsular Malaysia, and was slated to be removed on July 1.

Meanwhile, Kiandee said the decision was taken by the Cabinet after taking into account the Bantuan Keluarga Malaysia (BKM) announced by Prime Minister Datuk Seri Ismail Sabri Yaakob, where cash aid of RM500 will be given to eligible B40 and M40 groups.

According to him, some 8.6 million BKM recipients have been approved so far and they are slated to receive up to RM2,600 in aid this year alone.

"This is the biggest aid given by any government," he added.

Kiandee also said Putrajaya had allocated RM369.5mil for this cash aid, bringing the total amount spent on subsidies to RM1.1bil since Feb 5.

"The increase in prices of goods is an issue that is not just happening in Malaysia, but is a global phenomenon due to the supply chain disruption triggered by geopolitical conflict and climate change.

"Nevertheless, the government is trying its best to set a price control mechanism to ensure the Malaysian Family isn't burdened by the challenges of the cost of living," Kiandee said.

Last Friday (June 24), Ismail Sabri also announced that the current water and electricity tariff rate for domestic users in Peninsular Malaysia will be maintained and subsidies worth RM5.8bil will be borne by the government as the country faces sharp increases in fuel and other costs.

Ismail Sabri said this means a rebate of 2 sen/kWh is maintained for all domestic consumers and no surcharge applies.

The imposition of a surcharge of 3.7 sen/kWh is maintained on commercial and industrial consumers. 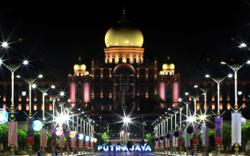