PETALING JAYA: There is still room for discussion with the Human Resources Ministry to ensure smooth implementation of the Flexible Working Arrangement (FWA) from Sept 1, says its Deputy Minister Datuk Awang Hashim.

“The ministry had previously conducted engagement sessions with the relevant bodies such as the Malaysian Employers Federation (MEF) and others before coming out with the framework on the implementation of the FWA.

“However, if the bodies representing employers feel that there should still be further discussions after consulting among themselves, they can approach the ministry.

“Both employers and employees are our clients and we want to ensure a win-win situation for all parties involved,” he said when contacted yesterday.

He acknowledged there would be resistance from some employers or companies on the FWA.

“That is why the engagement process was held with bodies representing employers,” he said.

Employees who want to work on flexible terms could apply to their companies for the FWA.

Awang stressed that the FWA was not an automatic right of an employee.

Under the FWA, he said employees would have to submit a written request to their bosses to allow them to have flexible working arrangements.

The application can cover changes in working hours, working days and also the place of work.

Employers must give an answer in writing whether to agree or reject the application within 60 days.

“They must also give reasons why the application was rejected,” he added.

Earlier yesterday, MEF president Datuk Dr Syed Hussain Syed Husman issued a statement saying that not all businesses could adapt to the FWA.

He said that each business had its own structure and production needs, adding that industries should be allowed to decide on the FWA.

The FWA comes into force on Sept 1 follows recent amendments to the Employment Act.

Other amendments to the Act include the extension of maternity leave, restrictions on terminating pregnant employees and the introduction of paternity leave. 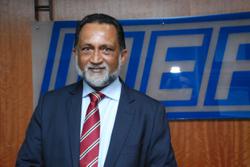 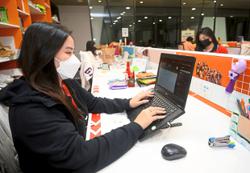