Speaking to reporters after conducting the spot check, Ismail Sabri said he did not deny there was an increase in the prices of chicken and other raw materials imposed by traders before the removal of the goods subsidies.

ALSO READ: PM: Chicken prices will not be floated

"Chicken, for example, we are still giving subsidies until June 30. I don't understand why wholesalers sell at RM8.90 (per kg). Before June 30, the price is still subsidised by the government and should not have reached RM8.90 from wholesalers to retailers.

"... (chicken prices from wholesalers) should be lower because retailers also need to make profit," he said at Quill City Mall here Sunday (June 26).

The Prime Minister said more series of similar spot checks will be carried out by him after this to ensure that no profiteering of goods is done by traders before the abolition of subsidies for chicken and some other goods on July 1.

Ismail Sabri also said that he would be holding a special meeting tomorrow with the Agriculture and Food Industry Ministry (Mafi) and the Ministry of Domestic Trade and Consumer Affairs (KPDNHEP) to discuss issues on chicken supply and the new ceiling price for chicken in the market, besides the increase in the price of some other raw items such as fish.

"I hope Mafi can take action (on the matter) and KPDNHEP can also impose strict action if there is excessive profiteering," he said.

He also said most of whom he met at the supermarket complained about the increase in prices of goods. - Bernama

Shares of poultry companies on the rise 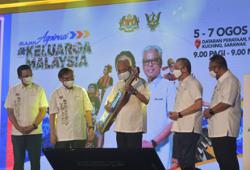