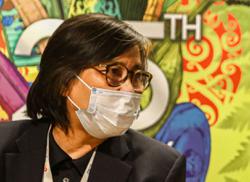 The Sarawak Tourism, Creative Industry, and Performing Arts Minister said the festival features ethnic and contemporary music that adds to its mass appeal.

Speaking at a media launch on Friday (June 24), Abdul Karim said the inaugural event on Sept 23 and 24 at the Rajang Esplanade here will feature local artists as well as those from Indonesia and Vietnam.

“From sape players to DJs spinning the latest tunes, and from the mesmerising rhythm of traditional music to pulsating beats of hit songs, these are among the lures to the festival.

"The government will always support it this year, next year and the years beyond," he said.

Abdul Karim added that in time to come, BTMF could be in the same vein as the famous Rainforest World Music Festival in Kuching and Borneo Jazz Festival in Miri that attract up to 20,000 people each year.

“This is because music touches everyone irrespective of our ethnic and cultural background.

“For it to become a signature event, it will depend on the organiser and those who support the event like music lovers," he said.

Abdul Karim also said he wanted the event to be a yearly affair due to the multiplying effect that will boost the local food and hospitality industry.

"It is my sincere wish that the Borneo Tribal Music Festival will take off and establish itself as a premier music festival in the central region of Sarawak. And with that, draw more and more visitors to this part of Borneo," he said.

He also praised the organiser, La Vie Event and Management, for their bold move in organising this home-grown event. 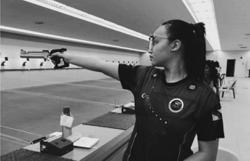