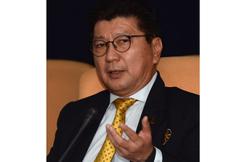 PETALING JAYA: It would not be possible for Malaysia as a developing country, to implement the four-day work week as the country is currently facing low productivity and labour problems, say industry players.

“But we still need to pay salaries and rent so we will need to raise prices to cover the cost and this will affect the overall economy,” he said.

Ding further clarified that Malaysia is currently facing a labour shortage as more than one million foreign workers have gone back to their home countries following the movement control order.

He added that as a developing country, the level of automation has not yet reached that of countries which have implemented the four-day work week system.

“Countries that have implemented this system are advanced and their production is automated. As a developed country, they will source out to Asean countries to purchase products that are not automated.

“The proposal is good but Malaysia cannot survive if we were to implement this,” he said.

On Monday, Johor assemblyman Nor Rashidah Ismail proposed that the state government adopt a four-day work week from Monday to Thursday with rest days from Fridays to Sundays for the state.

She suggested working full time from Monday to Thursday with an additional hour of working time.

Come Sept 1, he also said the amendment to the Employment Act 1955 will see working hours reduced from 48 to 45 hours per week.

“There has to be a discussion carried out among the employers, employees and government on the four-day work week implementation.

“At present, working hours are dependent on the types of industry. For example, the manufacturing side that runs factories will have shifts, so the working hours and even off days will be different,” he said when contacted.

He added that the four-day work week can be implemented but Malaysia first needs to do a feasibility study with other Asean countries instead of comparing itself with European countries that have different working hours.

Meanwhile Government Contract Workers’ Network (JPKK) secretary Sivaranjani Manickam said the issue was not the five-day work week. Rather, it was the long working hours affecting employees in the country.

She said the organisation supported the five-day work week or 35 hours of work per week, no more.

“In Johor, the issue is a bit different because the state government is on leave on Friday and Saturday, while the private sectors are on leave during the weekend.

“So that leaves them with only one common day of leave (Saturday) if their family members are in both the government and private sectors,” she said.

Associated Chinese Chambers of Commerce and Industry of Malaysia (ACCCIM) president Tan Sri Low Kian Chuan is not in favour of the four-day work week as the country first needs to improve productivity and competitiveness.

“We will be reducing our working hours from 48 to 45 hours per week in September. We are short of two working days so we cannot reduce more now.

“Also, Malaysia is ranked second with the most public holidays in the world at about 20 days and there are always additional holidays such as winning a football game,” he said.

In 2022, he said that Malaysia’s competitiveness ranking dropped from 25 to 32.