Heng (right) visiting Wong and his daughter Pei Yee at their house on May 26, 2022. - AZMAN GHANI/The Star

PETALING JAYA: While other children her age are busy with their studies, 10-year-old Suki Wong Pei Yee is at home dutifully caring for her sickly father.

Her stroke-afflicted father Wong Kon Foo, 57, lost his source of income seven years ago after which her Vietnamese mother Tran Diem Kiew became the sole breadwinner.

However, Tran passed away two years ago from lung disease, leaving the duo cooped up in their flat in Damansara Damai, Selangor relying on monthly assistance of RM300 from the Welfare Dept.

Since Wong's marriage was not officially registered, their daughter has not been recognised as a Malaysian citizen.

Wanita MCA national chairperson Datuk Heng Seai Kie, who read their story on a news portal recently, visited the family on Thursday (May 26).

She said the women's wing, together with non-governmental organisation (NGO) Be Good Do Good, will launch a charity fund for the family to support their daily necessities on top of funding Pei Yee’s education.

"Wanita MCA will make an arrangement with the nearest school here to get Pei Yee enrolled. Her education would be the priority.

"At the same time, with the assistance of the Legal Advisory & Women’s Aid Centre (Lawa), we will help Pei Yee's citizenship application by also referring to the Welfare Dept and Home Ministry," Heng said.

She said that since Pei Yee was born without her parents formally registering their marriage, she would be considered non-Malaysian according to the law.

"According to the law, a child born to a foreign citizen who did not get their marriage registered will not be a Malaysian citizen. The child would follow the foreign mother’s citizenship.

"This has caused Pei Yee to be trapped in a difficult situation, moreover, her mother has passed away and her father is sick," she added.

Heng said the visit by Wanita MCA and the NGO was to further understand the difficulties faced by the family and also to figure out the type of assistance they would need.

"RM300 monthly assistance from the Welfare Dept is clearly insufficient, hence, we would set up a fund for the public to donate to both Pei Yee and Kon Foo," she said.

Wong, when interviewed, said his daughter was excited at the thought of going to school and meeting new friends.

"She can speak several languages, Malay, Mandarin, Vietnamese and English.

"While she has the language ability, she still cannot write properly. Going to school would be great for her," the former used car salesman said. 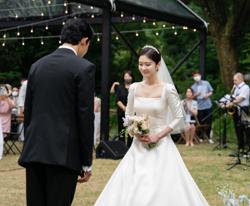