PETALING JAYA: The Prime Minister must pick someone who is loyal and does not jump parties as a Cabinet replacement following the resignation of Ampang MP Datuk Zuraida Kamarudin from Parti Pribumi Bersatu Malaysia (Bersatu), says Datuk Seri Dr Ahmad Zahid Hamidi(pic).

The Umno president said the Prime Minister must not compromise when it comes to leaders who leave their political party but insist on remaining in the Cabinet.

"This will be a sign of support for his firmness in addressing the issue of party-hopping among elected reps ahead of the implementation of the anti-party hopping law.

"There are many more MPs who are loyal to their party and will not jump.

"Those leaders should be considered to fill the Cabinet post held by Zuraida," he said in a statement on Thursday (May 26).

Earlier, the Ampang MP announced that she had quit Bersatu and would join Parti Bangsa Malaysia (PBM).

Zuraida is in Turkey to speak at the opening ceremony of the Seventh Pioneers Conference for the Global Women's Coalition for Al-Quds and Palestine.

She is expected to return to Malaysia on June 2 after participating in a Malaysian Timber Council business mission.

Ahmad Zahid added that Zuraida, who was a former PKR member, had jumped to Bersatu and now wanted to join PBM.

"It gives the impression (that) it is easy for elected representatives in Malaysia to switch parties based on their whims and fancies," he added.

He said the move to switch parties would surely disappoint the people and show that there was no control over their elected representatives who were free to do as they like.

"Such an act will further reduce the rakyat's trust in elected representatives and political parties.

"It is as if they are playing around with the people's vote," he said.

He also urged the government to expedite the implementation of anti-party hopping laws as it could create a crisis of confidence in the country's democratic system and political institutions and in turn lead to a lower voter turnout in the next general election.

Zuraida has isolated herself from Bersatu, says party disciplinary board chief 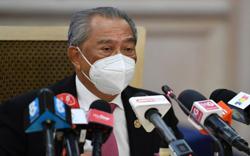