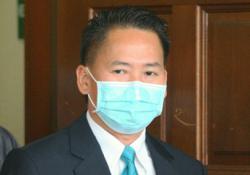 KUALA LUMPUR: Former Sabah infrastructure development minister Datuk Peter Anthony has been sentenced to three years’ jail and a fine of RM50,000 by the Sessions Court here after he was found guilty of using false documents relating to a system maintenance contract nine years ago.

Sessions Court judge Azura Alwi ordered for the jail time to run from Thursday (May 26) and also for Peter to serve an additional 15 months in jail if he fails to pay the fine.

Azura allowed for a stay of execution on the jail time but ordered for the fine to be paid by Thursday.

Earlier, in her ruling, the judge said the prosecution had proven its case beyond a reasonable doubt while Peter's defence was merely a denial, inconsistent and an afterthought.

“Circumstantial evidence and testimonies show you were the only one who had the opportunity to falsify the document,” she said.

She said the accused's company Syarikat Asli Jati Sdn Bhd stood to gain from the act of forgery as the letter used reflected that it had the support of Universiti Malaysia Sabah for the contract.

“This resulted in the Finance Ministry awarding it the contract through direct negotiations for five years,” Azura said.

There was also sufficient testimony that the accused had duped the third, eighth and ninth witnesses by deceiving them about a "smart partnership" between the university and Asli Jati, the judge added.

Prior to sentencing, lawyer S. Devanandan, who represented Peter, asked for a lenient sentence on the grounds that his client was a prominent politician and contributed a lot to the people of Sabah.

He said Peter was a first-time offender and had fully cooperated during the investigation.

The lawyer also pointed out that Peter was only charged with the offence six years after it was said to have been committed and that UMS did not suffer any wrongful loss nor was there any wrongful gain.

Deputy public prosecutor Haresh Prakash Somiah said although the company won the tender fair and square, what the accused had done was "to try and hijack the process".

"We have to consider the careers of the university's high-ranking officers who were affected (by the case)," he said.

The prosecution also objected to Peter's stay application on the jail time as he did not prove any special circumstances.

On Dec 14, the court ordered Peter, 51, to enter his defence after finding that the prosecution had succeeded in establishing a prima facie case against him.

According to the charge, Peter, as the managing director of Asli Jati, had allegedly forged a letter from the office of the UMS deputy vice-chancellor dated June 9, 2014, by inserting a false statement with the intention of using it for fraudulent purposes.

The former vice president of Parti Warisan was accused of committing the offence at the office of the principal private secretary to the prime minister at the Perdana Putra building in Putrajaya between June 13 and Aug 21, 2014.

The charge was framed under Section 468 of the Penal Code for forging a document for the purpose of cheating which provides for imprisonment of up to seven years and a fine, if found guilty.

At the prosecution stage, a total of 15 witnesses including former prime minister Datuk Seri Najib Razak, former treasury secretary-general Tan Sri Dr Mohd Irwan Serigar Abdullah and former chief justice Tun Zaki Azmi who was appointed UMS board of directors chairman from April 3, 2013, to July 31, 2018, were called to testify at the trial which began on April 5 last year. 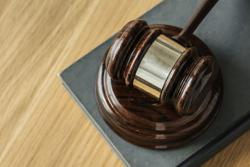