The Deputy Minister said the initiative, which aims to provide job opportunities to retired army personnel, was launched in January.

“The programme involved a strategic cooperation between the ministry and the security company, Code 7 Tech Sdn Bhd.

“The veterans are employed as security personnel, such as attending to requests involving security services from the public.

“The requests are made through an application and works similar to how the e-hailing service works,” he said.

He said this in a press conference after handing PJM awards to some 700 veterans here yesterday.

He noted that besides providing a sustainable source of income, the job also had flexible working hours.

“The initiative has been running smoothly so far and we hope to employ at least 10,000 veterans by the end of this year,” he said.

On a separate matter, Ikmal Hisham said the Defence Ministry was working hard to ensure that the special memorial allowance for MAF veterans would be provided, especially for those who received the Pingat Jasa Malaysia award.

“We are still waiting for an official decision from the Federal Government.

“We are very hopeful that it will work in our favour,” he added. 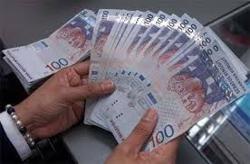