Open wide: Teacher Karen Chung checking a child’s mouth during a HFMD screening as other children wait for their turn at a kindergarten in Bayan Baru, Penang. — LIM BENG TATT/The Star

GEORGE TOWN: With the number of hand, foot and mouth disease (HFMD) cases on the rise, kindergarten operators are taking extra precautions to prevent the spread of the disease among children under their care.Apart from sanitising the premises regularly, kindergartens are conducting daily spot checks on the children.

“Besides temperature checks, we also look out for rashes,” she said.

“Some children have symptoms but no fever. Some have ulcers but no pain so they do not talk about it,” Ng said, adding that they need to take precautions as HFMD spreads quickly.

“If we see any spots, we’ll ask the parents to consult a doctor.

“If it is a confirmed case, the doctor will report it to the Health Ministry and contact us as well,” she added.

Penang health committee chairman Dr Norlela Ariffin said that as at May 14, a total of 1,306 HFMD cases were recorded in the state.

In Johor Baru, the principal of a kindergarten in Taman Adda Heights said all children are required to undergo screening before entering the premises.

“Teachers will be on standby at the entrance,” said Suhaila Halim.

“Even if one child is infected, the likelihood of it spreading across the kindergarten is high,” she said, adding that 15 out of the 100 children attending her kindergarten were infected before Hari Raya Aidilfitri.

“We take extra precaution,” she added.

“We need them to be aware of their children’s health condition always,” she said.

State health and unity committee chairman Ling Tian Soon said 2,240 HFMD cases were reported in Johor over the past 20 weeks.

In Kota Kinabalu, Sabah Kindergarten Association president Evelyn Wong said that operators are vigilant as 2,834 HFMD cases were detected in the state as at May 16.

It is a 50-fold increase compared to last year’s 55 cases.

“We give talks to children and some teachers also play videos to show the causes and how the disease is transmitted,” she added.

Wong, who is the principal of Tadika Anglican Penampang, said: “If pupils have a runny nose, sore throat, flu or blisters, they would be advised not to come to school.”

It was reported that 48 HFMD cases were recorded in Sibu from Jan 1 to May 15 – up from eight cases during the same period last year.

The divisional health office advised the public to wear face masks and observe hand hygiene to curb the spread of the disease. 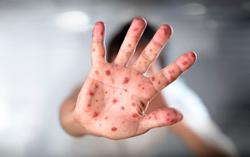