PUTRAJAYA: The independence of the Malaysian Anti-Corruption Commission (MACC) in the last four years has been questioned due to political appointments within the organisation, says Tan Sri Md Raus Sharif.

The former chief justice said the appointment of a politician as the MACC chief commissioner recently has created a negative perception on the anti-graft body.

He added that events over the last four years have cast doubt on the independence and impartiality of MACC.

"The appointment of a politician as the Chief Commissioner of the MACC had led to a widespread perception that whatever actions taken or done during that period were politically motivated," he said.

"Not surprisingly, there were widespread allegations of selective investigations and selective prosecutions," added Md Raus.

He also said that there were also allegations of improper withdrawal of charges. Issues on the integrity of a few of MACC officers also started to surface," said Md Raus

Md Raus said this when speaking at the Malaysia Anti-Corruption Forum (MACF) here Tuesday (May 24).

Although Md Raus did not name the chief commissioner personally, it is likely he is referring to lawyer Latheefa Koya, who headed the MACC between June 1, 2019 and March 6, 2020.

Latheefa was an active PKR member in the past before her appointment.

"Now, the MACC chief commissioner is someone appointed from the organisation itself. He has a big task on his plate and it cannot be done overnight," said Md Raus.

"I implore all of you present today to work together, contribute your expertise and lend a hand to make MACC great again, in the words of Donald Trump," he added.

Md Raus, who was chief justice from April 1, 2017 to July 10, 2018, said the MACC as an independent body like the judiciary must always be open to constructive criticism.

"In my last speech before retiring as the Chief Justice in 2018 I said this: I recognise that judges are not infallible and must be open to criticism. Nevertheless, harsh and unwarranted criticism threatens the foundation of rule of law and weakens the Judiciary in the performance of its constitutional duties. It is therefore important that the right to comment on, or criticise the court judgments should be responsibly exercised."

"The same applies to the MACC. Comments criticising the MACC must be responsibly exercised. Harsh and unwarranted remarks weaken the MACC in the performance of its statutory duty," said Md Raus. 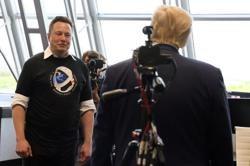 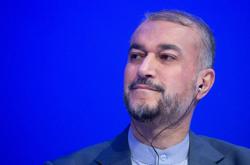