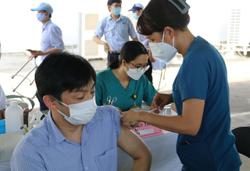 LABUAN: There has been a sharp increase in the number of (HFMD) cases in Labuan, with 443 cumulative cases recorded in the first five months of this year, compared to only seven cases in the corresponding period last year.

Labuan Health Department director Dr Ismuni Bohari, however, said no deaths or serious HFMD cases have been reported so far.

Describing the situation as worrying, he said 18 clusters have also been recorded.

"We are worried about the sudden spike in cases among schoolchildren, coupled with the increase in dengue cases.

"It is an anticipated increase following the opening of schools and kindergartens, but the 100% jump in cases is worrying," he told Bernama on Monday (May 23).

Dr Ismuni said despite the spike in the number of HFMD cases in Labuan, the situation was still under control with strict monitoring being carried out by his department's enforcement personnel in kindergartens, nurseries and primary schools.

He said the 443 reported cases were scattered in the five zones throughout the island.

"HFMD is a seasonal disease which spreads through direct contact with an infected person.

"Our advice to parents is not to send their children with HFMD symptoms to schools," he said.

Last Wednesday, Health director-general Tan Sri Dr Noor Hisham Abdullah said a total of 31,661 HFMD cases were recorded in Malaysia up to the 19th epidemiology week compared with 2,121 cases recorded in 2021 over the same period of time. – Bernama