KOTA KINABALU: A simple yet age-old native Kadazandusun ritual to awaken the spirit of plants and seeds marked the launching of a seed revival programme in conjunction with the Harvest Festival in Sabah on Sunday (May 22).

A ritual conducted by Bobohizan (or native priests and priestesses) saw a chant of prayers using the classic Kadazan language and a sprinkling of water from selected leaves among other ceremonial acts carried out.

It symbolises, among others, the calling and revival of the spirit of the seeds and other natural elements to bring yield and prosperity to the plants and people involved.

Sabah Deputy Chief Minister II Datuk Seri Dr Jeffrey Kitingan, the organising chairman of the state-level Kaamatan festival, said the seed revival programme was in line with the International Biodiversity Day which is held on May 22 annually.

“In the global competition to produce genetically modified organisms (GMOs), local and endemic plant species are often overlooked, and in many cases, go extinct,” he said.

“But with this programme launched, we are aiming towards reviving plant species that are nearing extinction so that we can continue our identity and produce food and traditional medicine sources,” he said.

Dr Jeffrey said the state engaged all agriculture officials in every district and planters in these places to help find, identify and collect useful and endangered plant and seed species.

“We have so far gathered and recorded a total of 135 endangered plant species which will now be handed over to the next custodian, the Agriculture Department, to keep, plant and preserve,” he said.

He said he hoped Sabah would see the revival of these plant species within the next 10 years, and in turn make them into new eco-tourism products and a source of pride for all Sabahans.

Dr Jeffrey said all intellectual properties including the genetic source management of plants or seeds are protected under a treaty called the International Treaty on Plant Genetic Resources for Food and Agriculture (ITPGRFA).

The treaty is under the Food and Agriculture Organisation (FAO) and as members, all exploitation of genetic sources has to have prior informed consent (PIC) and benefit-sharing purposes under the United Nations International Convention on Biodiversity, he said.

Earlier, organising chairperson of the programme, Janie Tating explained that the objective of the programme was to collect seeds or cuttings of whether food crops or any plants nearing extinction believed to be useful to humans as herbs or medicine, etc.

He said the aim is to also produce conservation of flora and fauna within the greater global United Nations mission, for local community identification of endangered seeds, and documentation of seeds and plant habitat among others.

“This is to recognise and raise awareness about the global significance of protecting biological resources and the global biodiversity that shapes our environment and the diverse ecosystems that make up our planet,” he said. 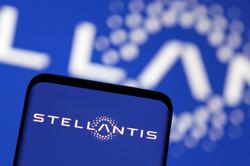