PETALING JAYA: Malaysian-born Sam Lim, 60, pulled a surprise win for the Australian Labour Party for the seat of Tangney on Sunday (May 22).

Lim was a former dolphin trainer and policeman who was awarded Officer of the Year at the Nine News Police Excellence Awards in December 2020 for his role in pandemic outreach.

On his unexpected win, Lim said "There is a big challenge for me to do better and I hope the Labor Party can be there for the next 45 years."

Lim migrated to Australia in 2002 with his family, and can speak 10 languages.

According to Australia's ABC News, the Johor-born Lim said that he grew up in a "very poor family."

"There was no power or water," he said.

"So we had to struggle, the first fifteen years of my life, but that 15 years built me up to today," he said.

Lim cited that his time working as a dolphin trainer in Malaysia was the "best job ever".

"I love it because dolphins are so genuine, dolphins never hurt you. If you feel hurt, you jump into the swimming pool.

"The dolphin will come to you and try to comfort you," he was quoted as saying.

Lim also served as a police officer for two years with the Malaysian police. 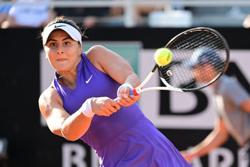