IPOH: The search and rescue (SAR) team found more body parts and pieces of clothing belonging to the missing Gunung Suku hikers on Tuesday (May 17).

"We have yet to find any other items that could help us to find the victims," he told reporters.

On Sunday (May 15), Perak Police Chief Comm Datuk Mior Faridalathrash Wahid said the two victims, identified as See Su Yen, 32, and Ng Yee Chew, 46, from Cheras and Klang respectively, were reportedly swept away while hiking up a trail at Gunung Suku.

They were part of a group of 29 hikers.

The 27 others had made it safely back to the foot of the hill.

On Monday (May 16), the SAR team found human body parts, believed to be of the two female hikers under a pile of wood at 10.20am.

The SAR mission will continue on Wednesday (May 18).

Two hikers missing after being swept away 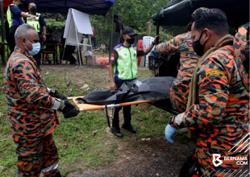 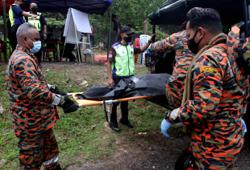