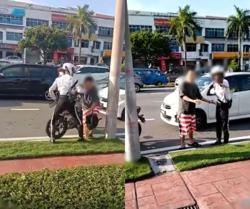 Comm Mohd Shuhaily said the statement was recorded two days after the incident, which has gone viral in social media.

"We have recorded his statement," he said briefly.

The 20-second video, which was detected at 8.36pm on May 7, was uploaded on Facebook by a user named anwarazeez.

It showed a man at the wheel of a private vehicle being escorted by two traffic policemen on a motorcycle belonging to the Royal Malaysian Police (PDRM).

The video showed a policeman appearing to stop an oncoming car intending to make a turn, allowing the vehicle to run the red light.

It showed a car having the right of way abruptly braking, causing the vehicle behind it to also stop suddenly to avoid a collision.

The two traffic policemen seen on video escorting the private vehicle have been pulled from the field and reassigned to administrative duties pending investigation.

Driver who received services of police outriders in Penang being probed, says Hamzah

Outriders put out of action

Traffic cops who 'escorted' private car acted on their own, now on desk duty pending probe 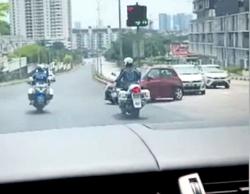 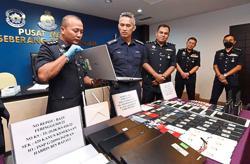