The UAE will observe a 40-day mourning period, during which flags will be flown at half-mast, while work will be suspended across the public and private sectors for three days.

Sheikh Khalifa was buried at the Al-Batin Cemetery in Abu Dhabi after the funeral prayer on Friday.

Queen Elizabeth II said she was saddened to hear about the death of Sheikh Khalifa, who devoted his life to serving the people of the UAE and his relationship with its allies and friends.

She also extended sincere condolences and her sympathy to the people of the UAE, noting that: "He will be long remembered by all who work for regional stability, understanding between nations and between faiths, and for the conservation cause."

In a written statement, United States President Joe Biden said he was deeply saddened to learn of the passing away of Sheikh Khalifa.

"Sheikh Khalifa was a true partner and friend of the United States throughout his decades-long tenure as President of the United Arab Emirates and Ruler of Abu Dhabi, and in his earlier role as Crown Prince of Abu Dhabi.

"On behalf of the American people, I offer my condolences to Sheikh Khalifa’s family and all Emiratis as they mourn this great loss," he said.

Biden stressed that they will honour Sheikh Khalifa's memory by continuing to strengthen the longstanding ties between the governments and peoples of the US and the UAE.

US Secretary of State Antony Blinken, on Twitter, expressed deep sadness at the passing away of Sheikh Khalifa, noting that he was a friend of the US and will be missed.

"We are heartbroken by the news of the death of Sheikh Khalifa bin Zayed Al Nahyan, President of the United Arab Emirates," French President Emmanuel Macron wrote in a tweet in Arabic.

"I express my sympathy to his brother, Sheikh Mohammed bin Zayed Al Nahyan, crown prince of Abu Dhabi and deputy supreme commander of the UAE armed forces, his family, and the people of the Emirates," he added.

Austrian Chancellor Karl Nehammer expressed his sincere condolences on the passing away of the UAE’s second president.

"Sheikh Khalifa Zayed Al Nahyan has shown impressive leadership and provided safety and security to the whole region. Our thoughts are with his family and with the citizens of the UAE," said Nehammer.

Prime Minister Abdul Hamid Dbeibeh of Libya, along with the Libyan senior authorities, also mourned the death of Sheikh Khalifa and extended their "deepest condolences" to the people and government of the UAE.

Qatar's Emir Sheikh Tamim Hamad Al Thani on Twitter said they were saddened to receive the news of the death of Sheikh Khalifa.

"My deepest condolences to the fraternal UAE people and their families," he added.

The UN, in a statement issued by the spokesman for UN Secretary-General Antonio Guterres, extended profound condolences to the royal family, the government, and the people of the UAE on the passing away of Sheikh Khalifa.

EU foreign policy chief Josep Borrell on Twitter said he was saddened at the passing away of the ruler of Abu Dhabi.

"He played an essential role in building today’s UAE. Our thoughts are with the ruling family and the people of the UAE. The EU remains committed to a strong UAE-EU partnership," he added. 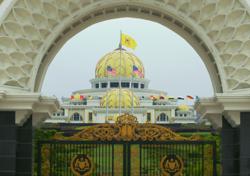 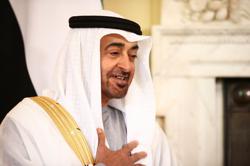