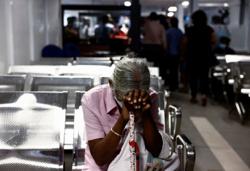 KUALA LUMPUR: The Immigration Department’s decision to keep its doors open till late in the day has brought relief with fewer people queuing to renew passports.

He said up to 40 people turned up at the Jalan Duta Immigration office after 7pm to get their passports renewed yesterday.

“The number was not many and it could be because some people are unaware of the extension of the operation time to 10pm,” he told reporters last night after visiting the Jalan Duta office.

He added that the department expected the numbers to increase.

“The night service will go on until the situation returns to pre-pandemic levels,” Khairul Dzaimee said.

Kuala Lumpur Immigration director Syamsul Badrin Mohshin said there was a queue in the morning but it eased quickly compared to Tuesday. Immigration offices in Putrajaya, Kuala Lumpur Selangor, Johor, Negri Sembilan and Melaka are now open until 10pm while those in Penang, Kedah, Perak, Kelantan, Terengganu and Perlis are open until 6pm.

Both directors urged the public to renew and apply their passports online via the MyOnline Passport service at https://imigresen-online.imi.gov.my/eservices/main.They said this was to ensure that everything would run smoothly and that people only needed to come to the Immigration office to collect their passports once they were ready.

Dr Muhammad Syahmi said they would make exceptions for special cases such as senior citizens, the disabled and children under the age of 13.

ALSO READ: From S’gor to Negri for passports

Muhd Zubair Mohd Zambri, 22, from Shah Alam, said he came to renew his passport at the Putrajaya branch.

“The officer there told me to apply for my passport online and they would call me back as soon as it was ready,” he said.

Application deluge in Sabah under control

From S’gor to Negri for passports 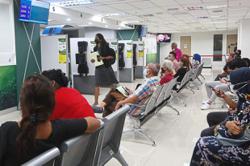