KUALA LUMPUR: Heavy traffic flow has been reported on major highways heading towards the Klang Valley as of 9pm on Friday (May 6), as the Hari Raya Aidilfitri holiday draws to an end, with no unusual congestion detected so far.

However, there was expected to be an increase in vehicles on highways by midnight following the provision of free toll on the North-South Expressway and East Coast Highway (LPT) from May 7 to 11.59 pm on May 8.

"So far, there has not been any unusual congestion but traffic flow tonight is not as heavy in comparison to vehicle movements over the past two or three days.

"However, we expect more (people) to begin their journey back to their respective homes especially heading towards the Klang Valley beginning later at midnight (due to the free toll)," said a Malaysian Highway Authority (LLM) spokesman when contacted by Bernama.

He advised road users to follow the Travel Time Advisory (TTA) schedule to avoid congestion on the the highways.

Vehicle movement was also reported to be slow southbound of the North-South Expressway southbound from Bukit Berapit to Sungai Perak for 18.2km; Ipoh Utara to Ipoh Selatan (25km); Tapah to Bidor (4.5km); and from Bidor to Sungkai (26.3km). - Bernama 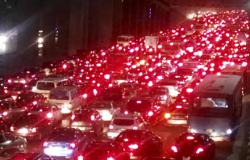 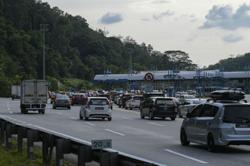