In pictures: Muslims celebrate Hari Raya with a lively atmosphere this year

KUALA LUMPUR: Muslims in the country celebrated Hari Raya Aidilfitri on Monday (May 2) in a lively atmosphere with mosques and surau filled with congregants who brought along their family members, all decked in bright and colourful Raya clothes, to perform the Aidilfitri prayers after two years of muted celebrations due to the Covid-19 pandemic.

Hari Raya Aidilfitri, a joyous occasion for Muslims as it marks the culmination of the holy month of Ramadan, was celebrated almost as it was pre-pandemic with many taking the opportunity to visit relatives and enjoy delicious Raya dishes after "balik kampung" (return to hometowns) to celebrate the special day with their loved ones.

This year’s Aidilfitri was celebrated during the transition to the endemic phase period which saw a relaxation of the standard operating procedures (SOPs). In PUTRAJAYA, a congregation of more than 3,000 performed the Aidilfitri prayers at the Tuanku Mizan Zainal Abidin Mosque. 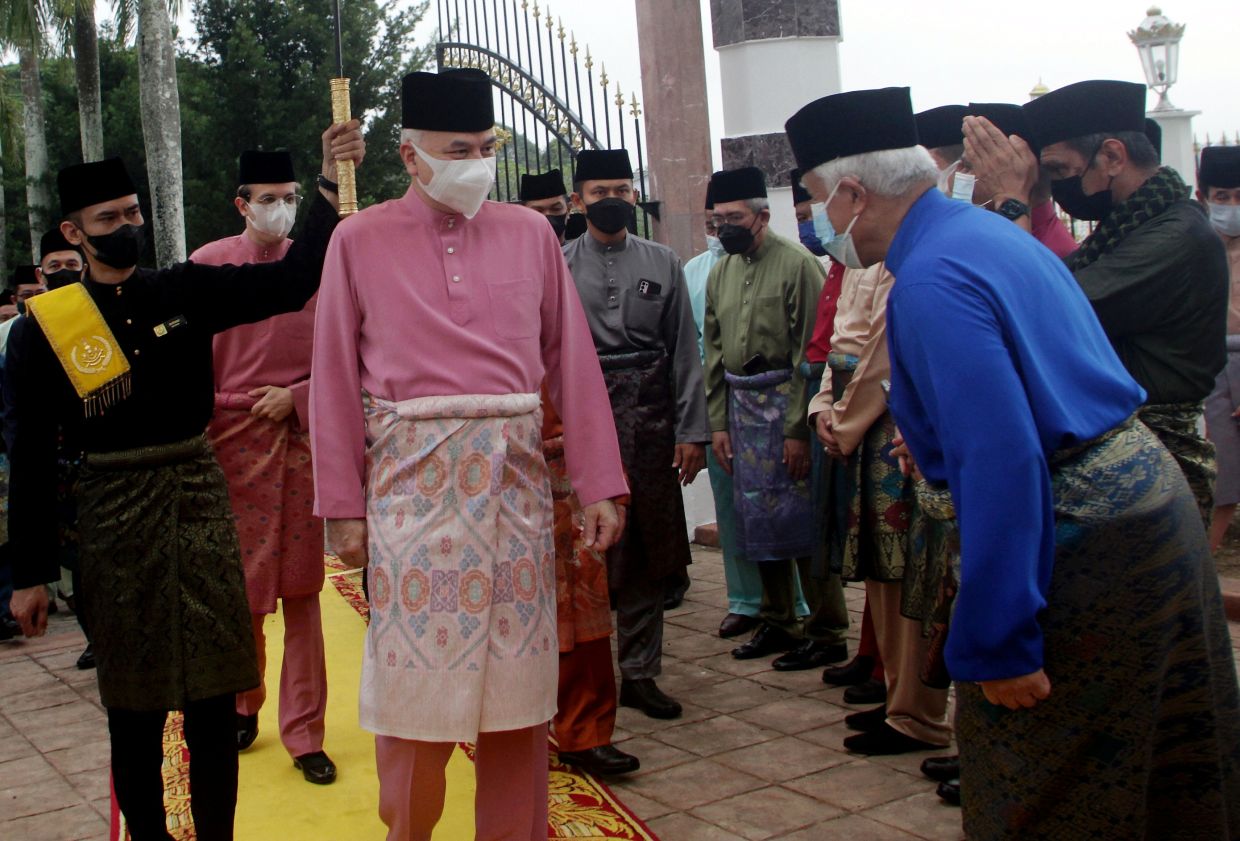 In PERAK, Sultan of Perak, Sultan Nazrin Muizzuddin Shah, performed Hari Raya Aidilfitri prayers with about 1,000 congregants at the Ubudiah Mosque, Bukit Chandan, and he spent time greeting the congregants before leaving to visit the royal mausoleum located next to the mosque. 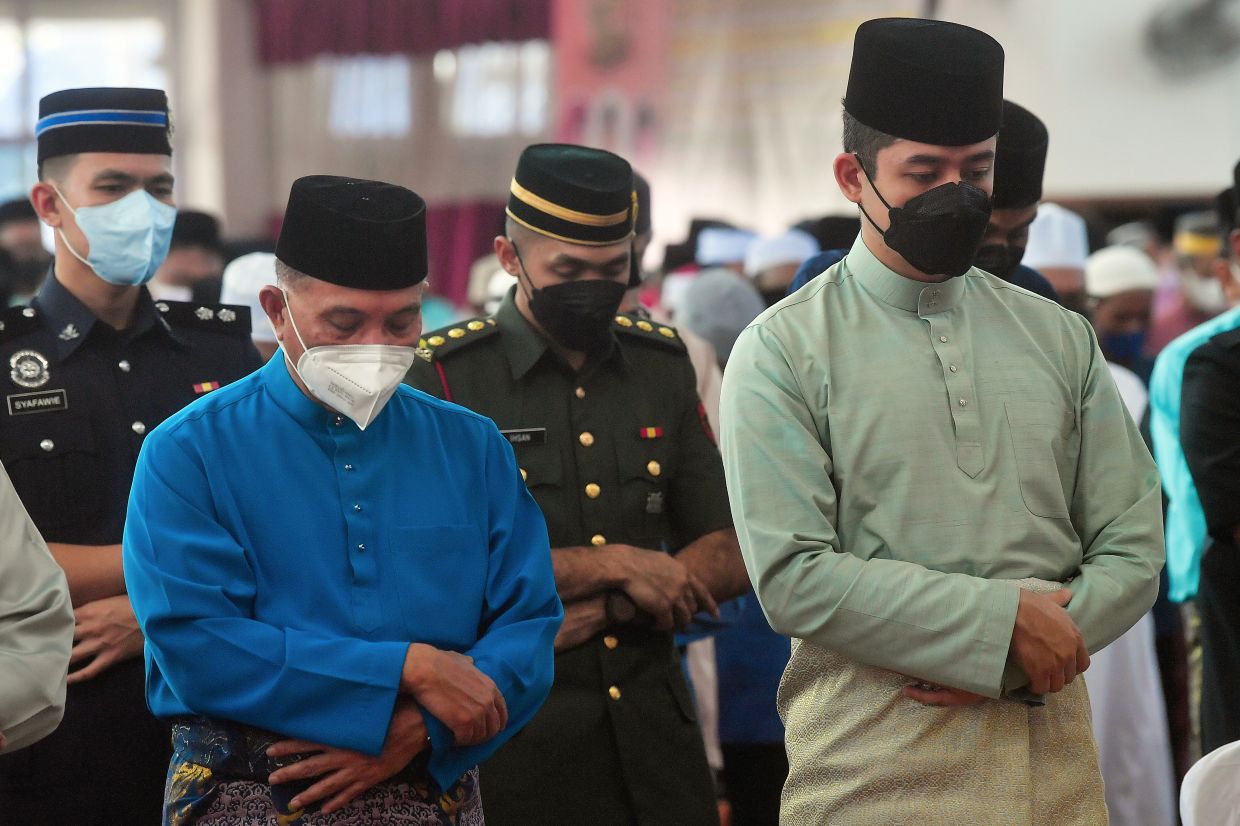 In MELAKA, Yang Dipertua of Melaka Tun Mohd Ali Rustam performed the prayers with thousands of congregants at the Al-Azim Mosque, Bukit Palah while in PENANG, cloudy weather with occasional rain did not stop about 5,000 Muslims from performing the Aidilfitri prayers with Yang Dipertua Negeri Tun Ahmad Fuzi Abdul Razak at the Penang State Mosque.

In SELANGOR, more than 15,000 Muslims performed the Aidilfitri prayers at the Sultan Salahuddin Abdul Aziz Shah Mosque, Shah Alam, and some of them came as early as 7 am. 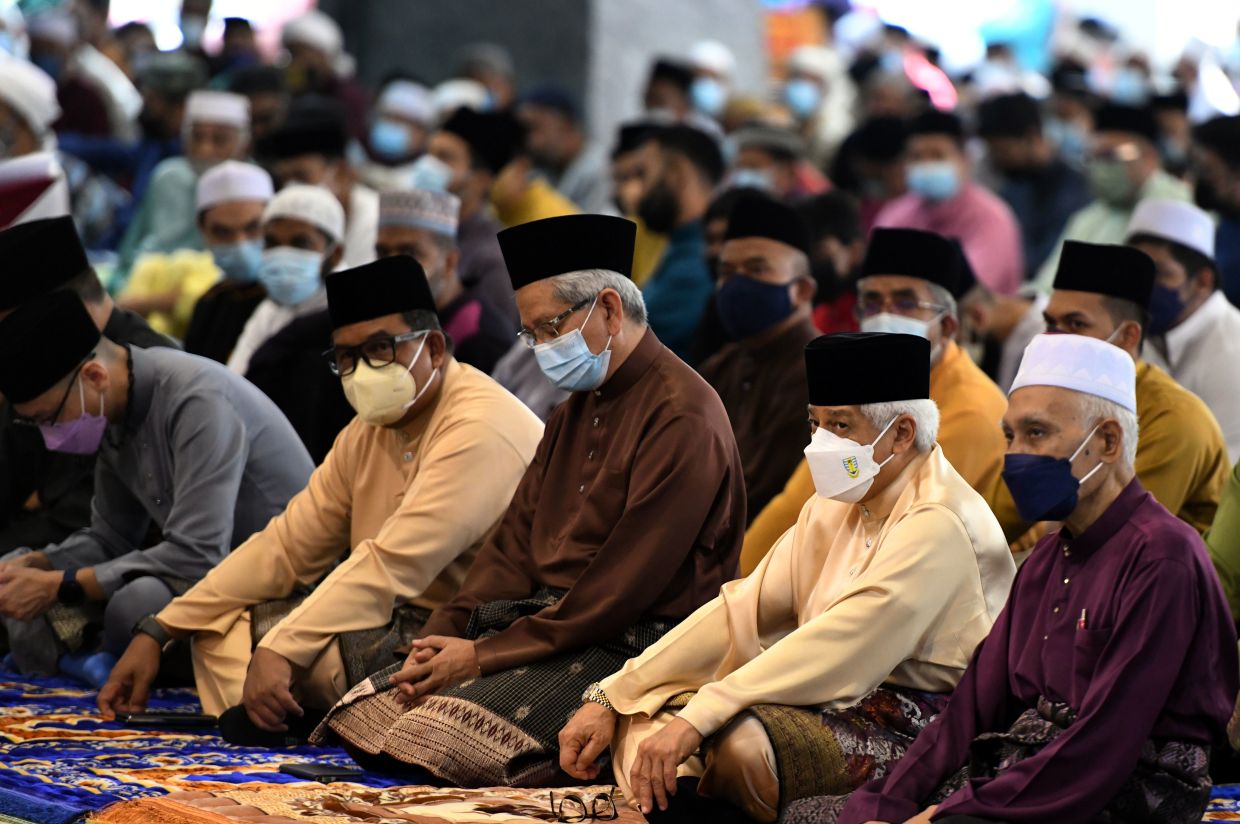 Meanwhile, traffic is reported to be slow-moving on several stretches of the highways this afternoon as people took the opportunity to "balik kampung" after performing the Aidilfitri prayers.

According to the Malaysian Highway Authority (LLM) Twitter page, the north-bound traffic is reported to be slow-moving before the Rawang South Toll Plaza; from Bukit Beruntung to Bukit Tafar; from Slim River to Sungkai; and from the Menora Tunnel to Sungai Perak.

Traffic is also slow-moving due to the increase in the number of vehicles plying towards the east coast at the Gombak Toll Plaza and 4.4 kilometres before the Genting Sempah Tunnel and from Gombak to Genting Sempah rest and service (R&R) area.

In addition, at the Johor Causeway, the north-bound traffic is reported to be slow-moving from Singapore to the Customs, Immigration and Quarantine (CIQ) Complex at the Sultan Iskandar Building. - Bernama 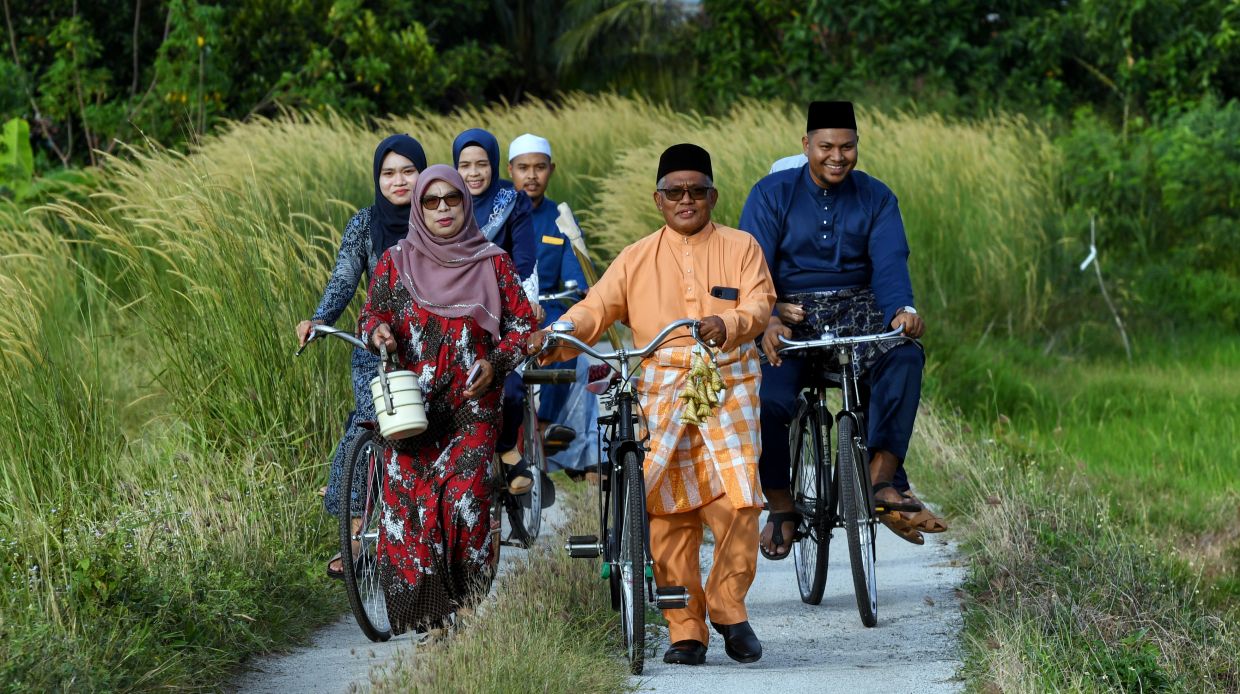 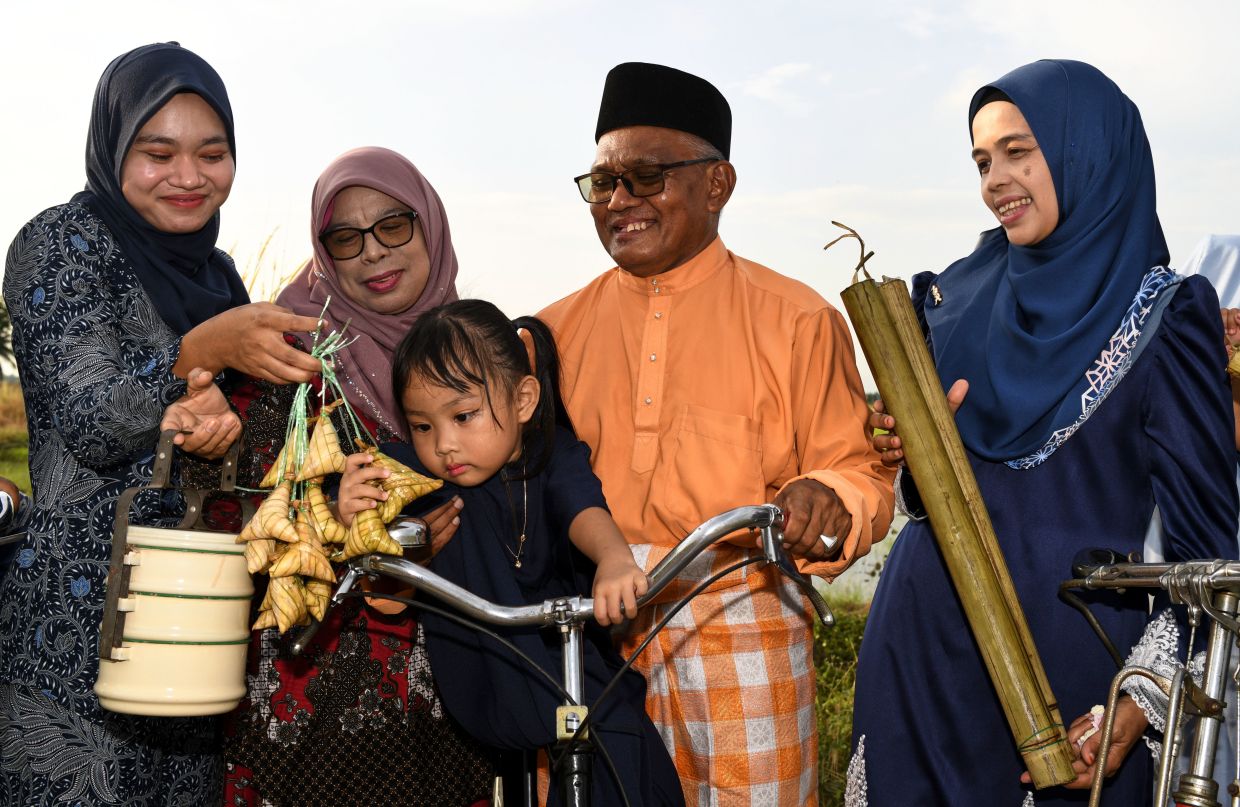 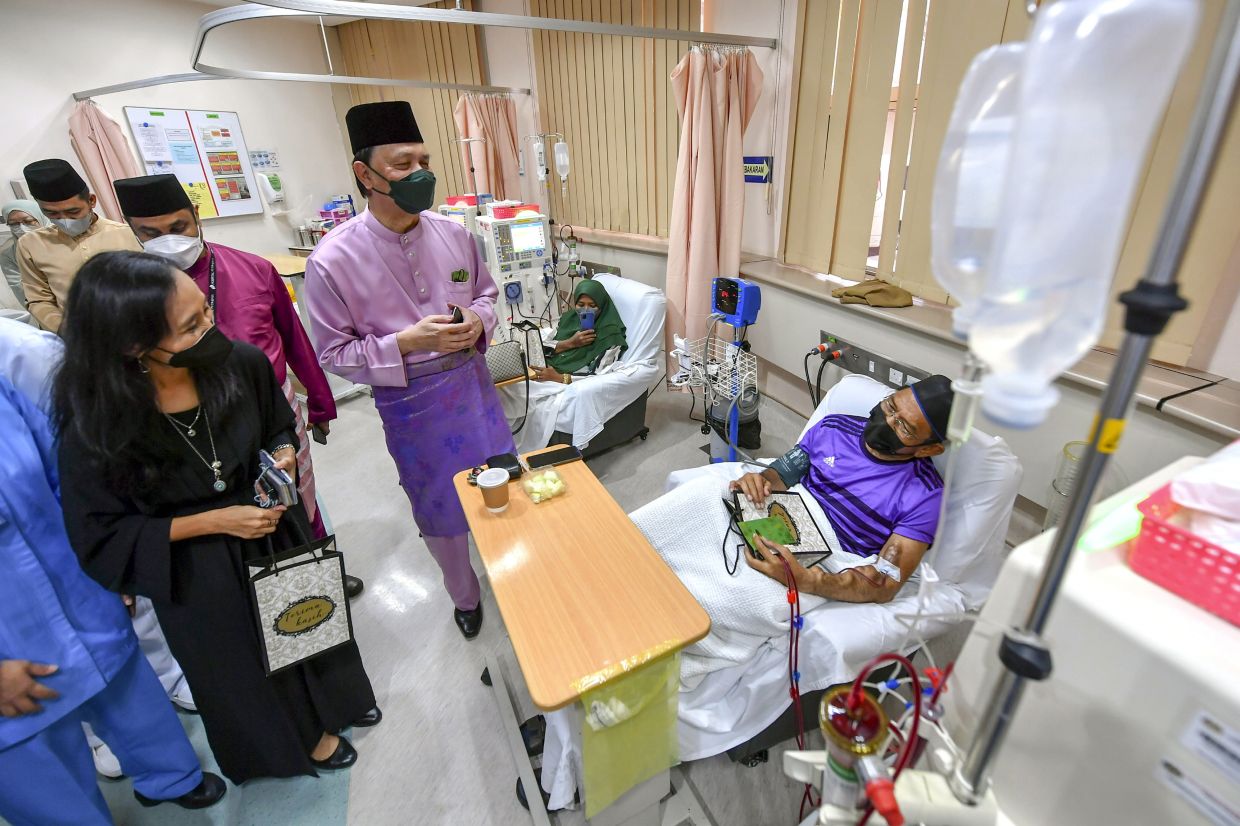 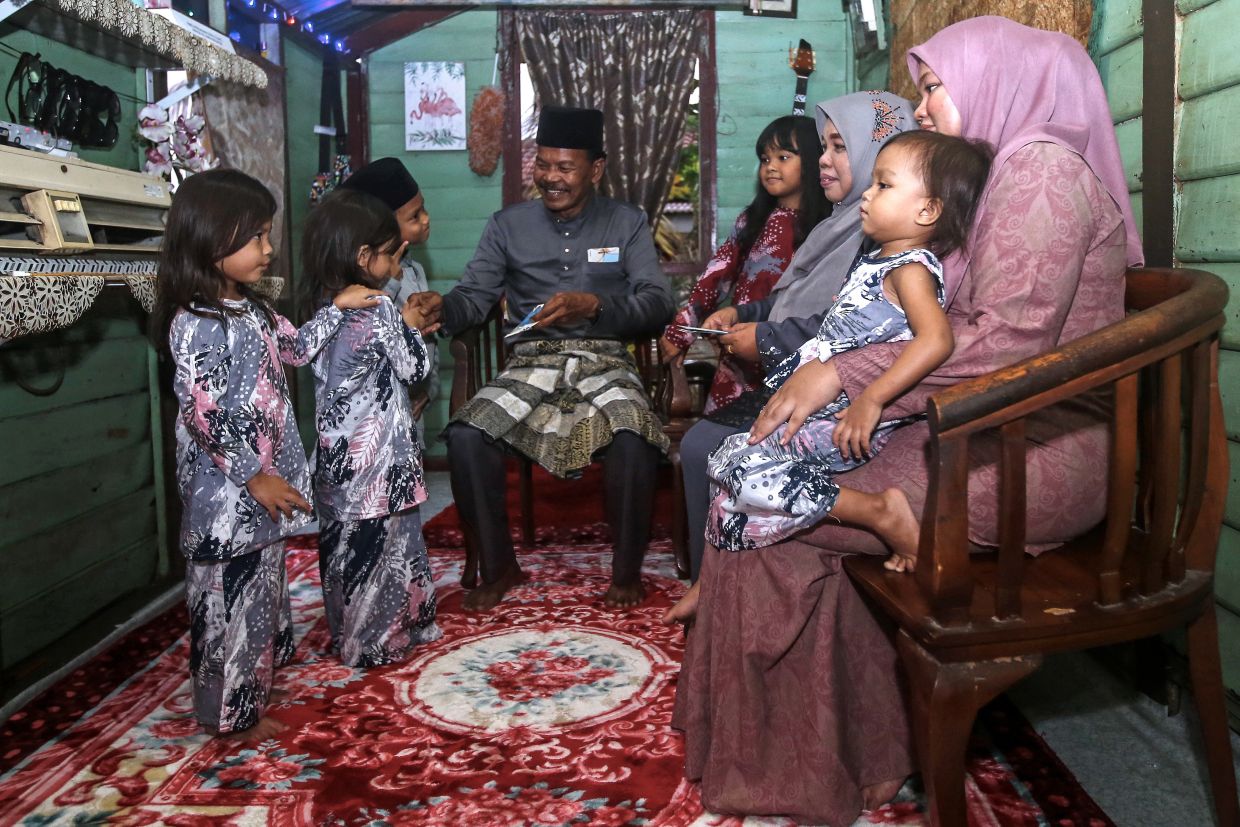 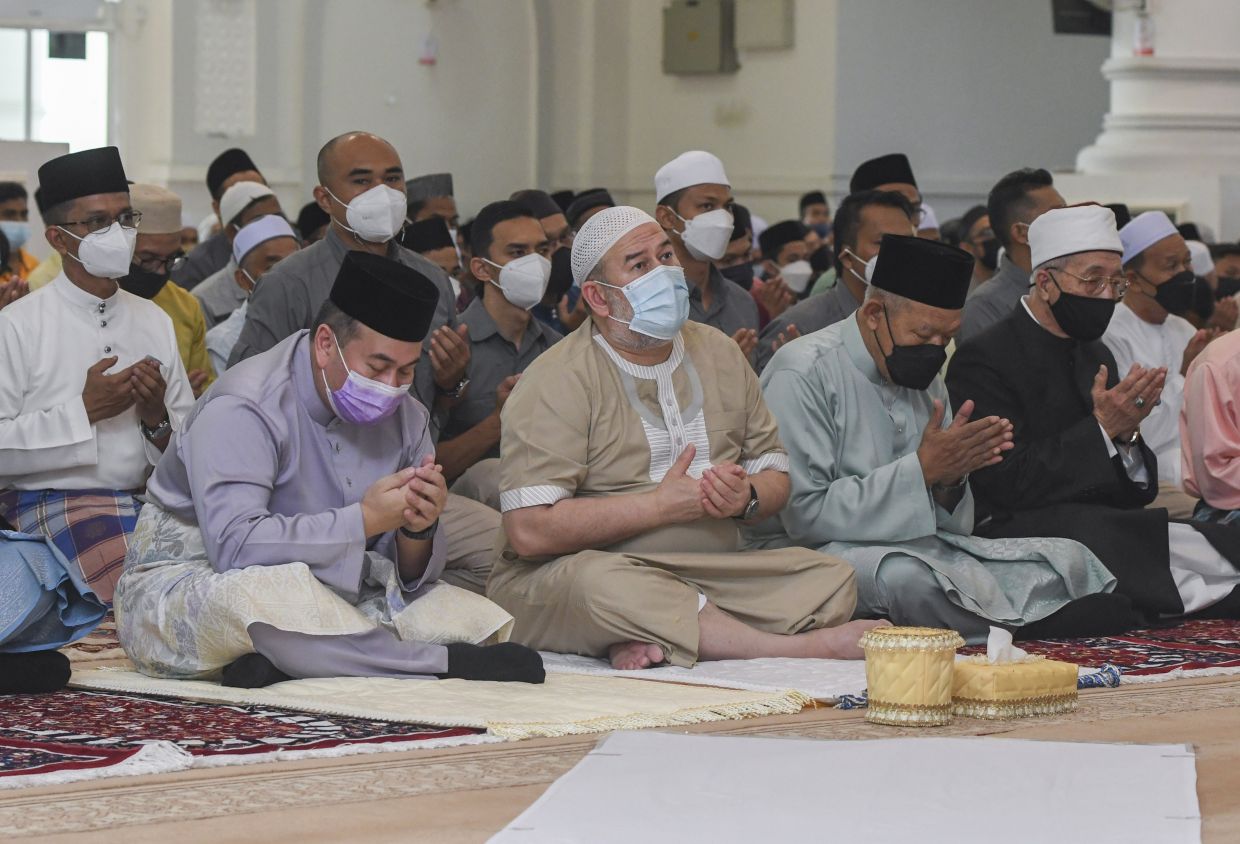 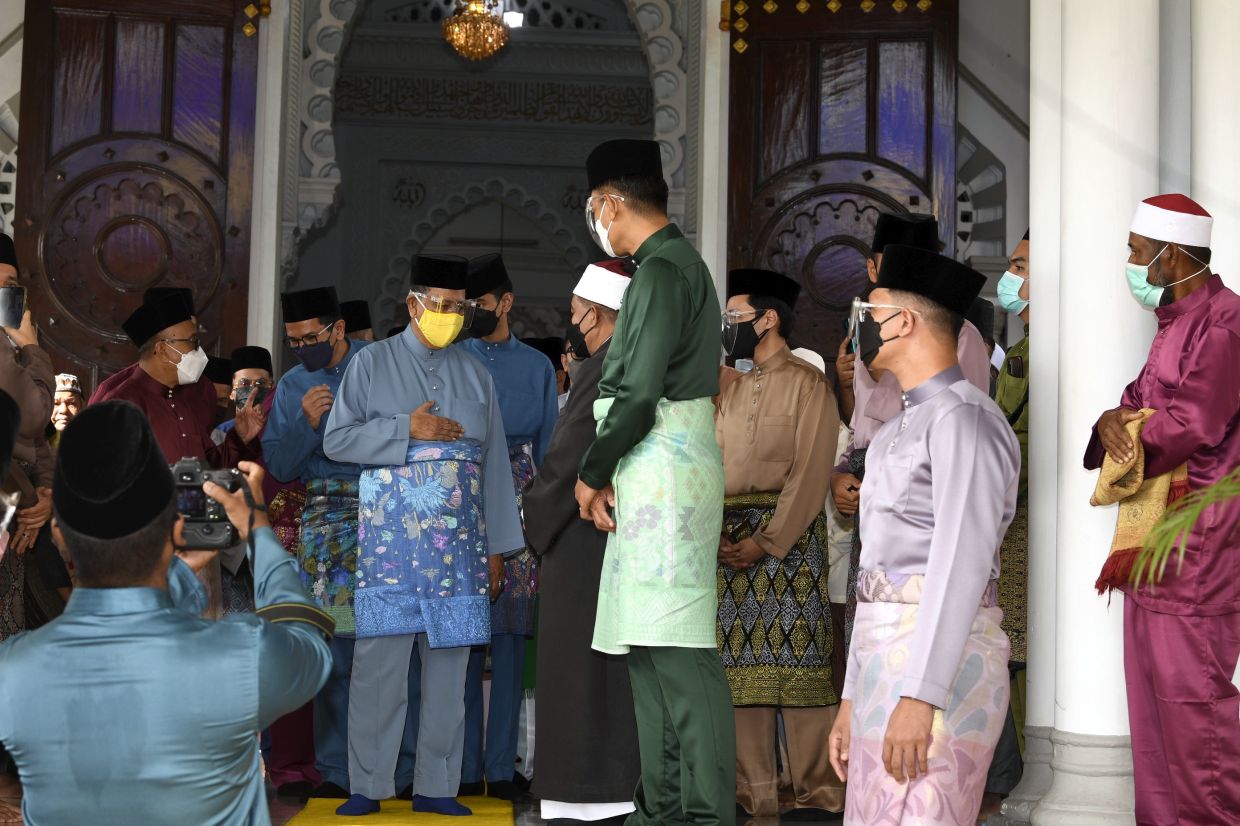 Ahmad Fauzi Ismail, 61, (second from right) and his wife Jamilah Saaud, 58, (left) with their children and in-laws on the first day of Hari Raya. - Photo: Bernama

Some families took advantage of the celebration to visit Langkawi. - Photo: Bernama

Said Ramli (third from left) with his grandchildren at his home in Kampung Dusun Nyior, Negri Sembilan. 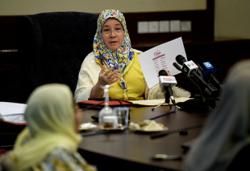 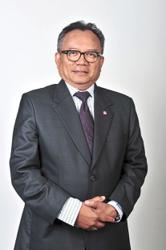