KUALA LUMPUR: A total of 5,021 of the 750,903 vehicles that went through the Automated Awareness Safety System (Awas) cameras on highways on Friday (April 29) were found breaching speed limits according to the Road Transport Department (JPJ).

The enforcement agency in a statement on Saturday (April 30) said from 236,671 vehicles which passed through Awas cameras at traffic lights, 966 of them, were found running the red light.

Traffic police to cover all angles to ensure safe travel

17 ‘black spots’ to be monitored 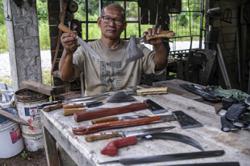