'I saw a huge ball of flame,' says witness after fireworks disposal ends with a bang

They were in the midst of clearing a pile of destroyed fireworks, which were confiscated in March.

The fireworks, worth at least RM4.17mil, were destroyed by police there earlier in the afternoon.

One of the workers, Al Kasim said he was clearing the pile when suddenly it ignited in the bin.

"It happened so quickly, one moment we were clearing the pile and the next moment I saw a huge ball of flame.

"I dived to the ground to avoid the flames and crept through a fence to get to safety.

"I honestly did not think I was going to survive," he said, adding that he suffered wounds to his back and sprained his ankle while he was running to safety. Sentul OCPD Asst Comm Beh Eng Lai said the fireworks had been destroyed at the facility according to a court order obtained earlier.

"The event to witness the destruction of the fireworks started at around 3pm and was witnessed by the Magistrate as well as members of the media.

"Fire and Rescue personnel were also at the scene to wet the fireworks pile before the backhoe was called in to crush it," he told reporters when met at the scene on Tuesday.

He said workers began clearing the area and putting the destroyed fireworks into metal roll-on roll-off (roro) bins there at around 4.30pm.

"Our checks revealed the fire started at around 6.15pm while three workers, aged between 25 and 30, were clearing the area.

"They escaped with minor injuries. No foul play was detected in this incident," he said. 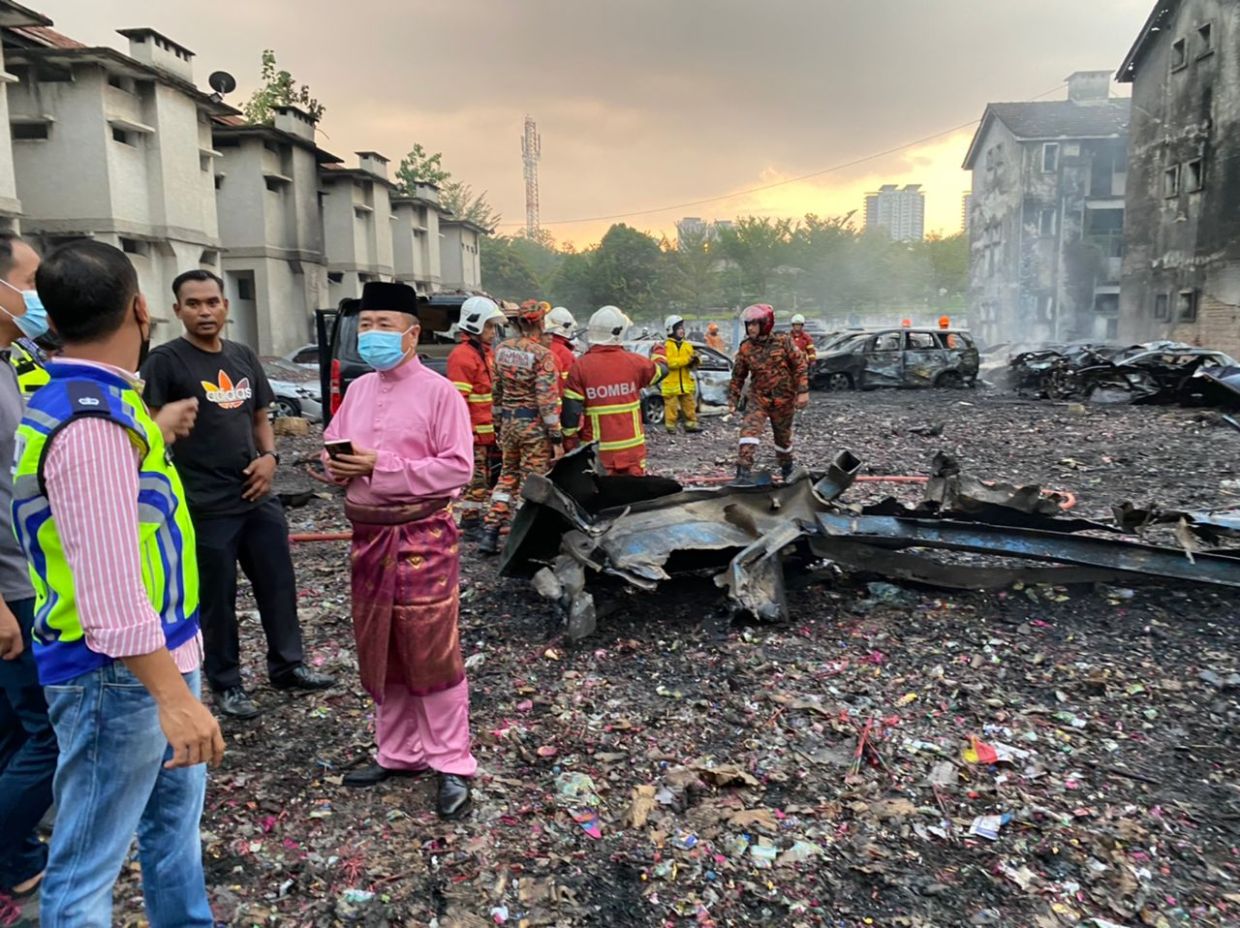 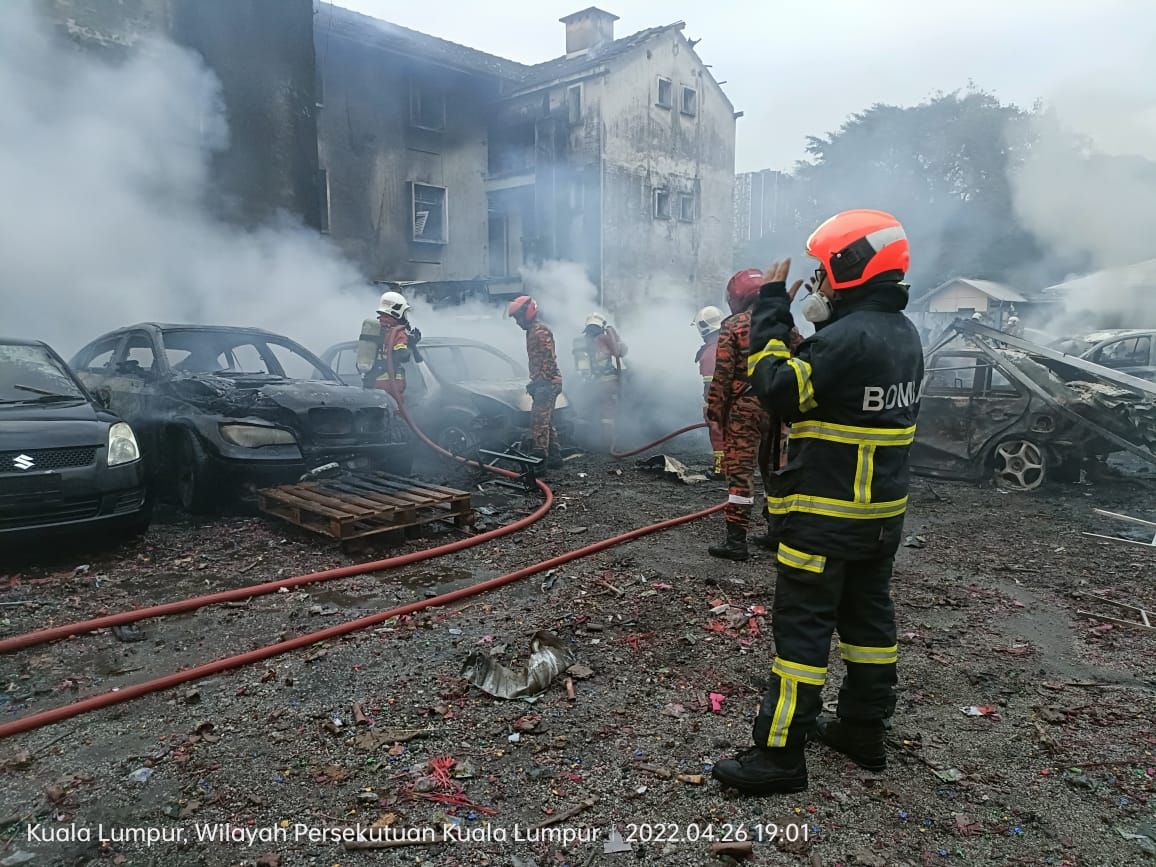 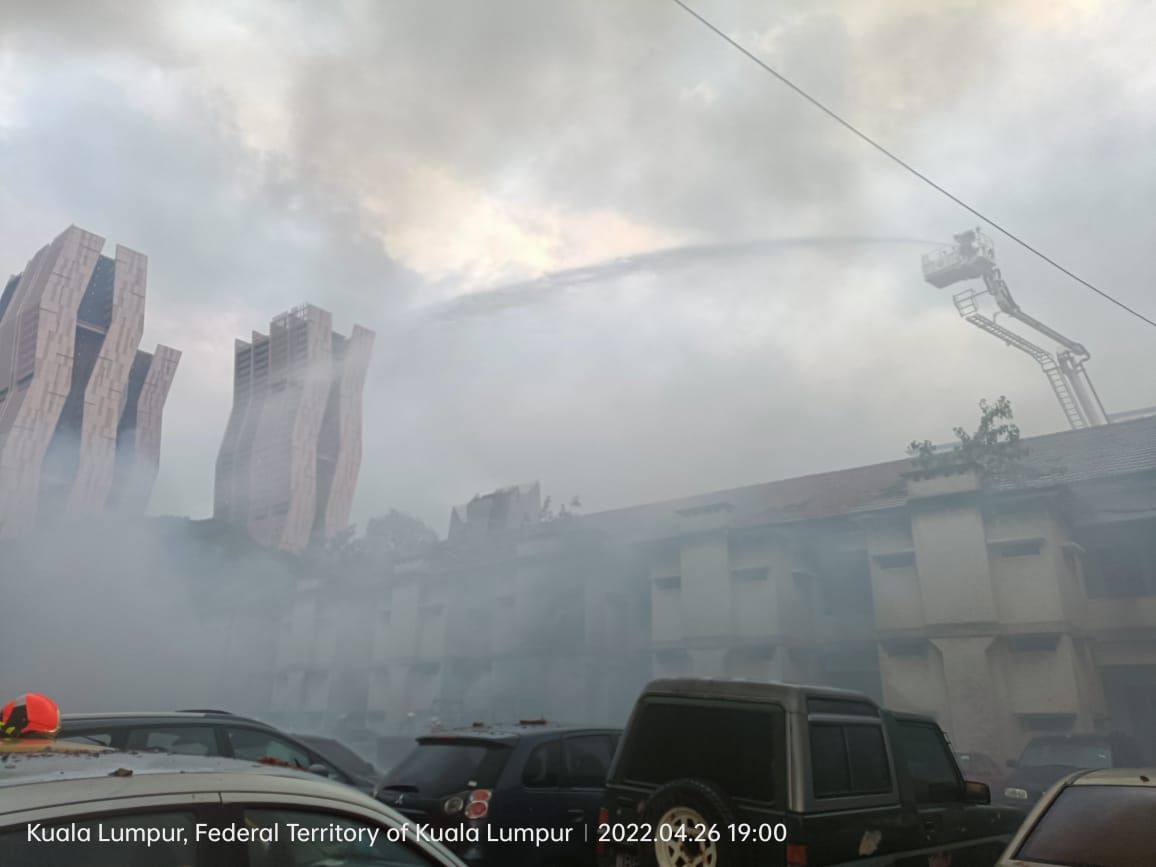 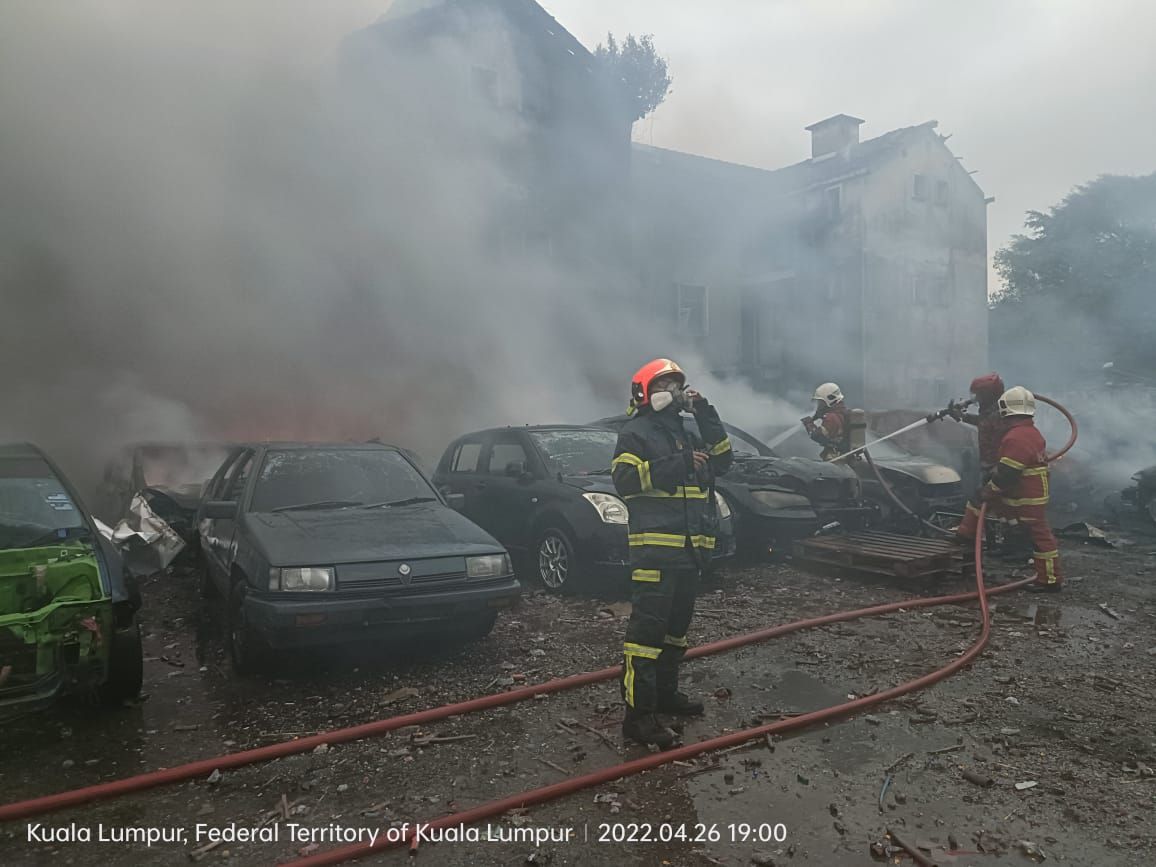