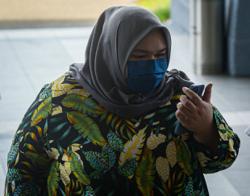 KUALA LUMPUR: Rumah Bonda resident Yasmin Nahar Mahmood on Wednesday (April 20) denied the defence's allegation that she was paid to give false testimony in court during the trial of Rumah Bonda founder Siti Bainun Ahd Razali who is accused of neglecting and abusing Bella, a 13-year-old girl with Down syndrome.

The 19-year-old fifth prosecution witness said this when cross-examined by lawyer representing Siti Bainun, Nur A'minahtul Mardiah Md Nor at the trial of the case before Sessions Court Judge Izralizam Sanusi.

Nur A’minahtul Mardiah: You were paid by 'Justice For Bella' as seen by several individuals before this court through your father, last Friday (April 15)?

Yasmin also denied that she had been lying from the first day she testified in court because she wanted Siti Bainun to be put in jail.

Nur A’minahtul Mardiah: You were afraid that you would be charged in court later, do you agree?

Nur A’minahtul Mardiah: Some people said to you that if you do not fight Siti Bainun, you can be imprisoned for 20 years, agree?

Asked if she envied Bella because Siti Bainun paid more attention towards the teenager. "No," Yasmin replied.

During previous proceedings, Yasmin told the court that Siti Bainun stomped on Bella's knee and when asked by the lawyer on Wednesday how many times it happened, the witness replied she was not sure.

Nur A’minahtul Mardiah suggested that Siti Bainun’s weight was 150kg and that if she had stomped on Bella's knee it would most likely be injured, however her medical report stated that it was not. To which Yasmin replied she wasn't sure.

Yasmin agreed with the lawyer’s suggestion that Bella would stand in the corner everyday on Siti Bainun’s instructions.

Nur A’minahtul Mardiah suggested that if Bella was told to stand all the time, the teenager would experience knee inflammation and she could not move her legs. Yasmin replied: I don't know.

A video clip of how Bella was found by the complainant of the case, namely the first prosecution witness Zurianty Sudin, 39, was played in court.

However, the public and reporters were ordered to exit the courtroom as the victim is an underaged girl.

Yasmin later agreed that Bella never mentioned Siti Bainun's name or her nickname in the video.

Yasmin then agreed with the lawyer's suggestion that in the video, Zurianty or better known as 'Mommy' had asked Bella who tied up her up and Bella replied: 'Shomin'.

Nur A’minahtul Mardiah: You said everyone was surprised because Mommy Zu (Zurianty) suddenly came and then made a recording.

In earlier testimony, Yasmin told the court that the ‘Shomin’ was referring to herself.

Meanwhile, Yasmin said Bella did not give any reaction when drinking 'Softlan' fabric softener.

"There was no (reaction). She just drank, then she went quiet," said the witness who later agreed with the lawyer's suggestion that Downy fabric softener was used in the house, not Softlan.

Yasmin disagreed with the lawyer’s suggestion that all the stories about Bella eating chillies and rice mixed with vinegar were compiled from the stories on Facebook.

Siti Bainun, 30, had pleaded not guilty to two charges of neglecting and abusing the teenager to the point of the victim suffering injuries and also emotionally.

The offences were allegedly committed at a condominium in Wangsa Maju, here, between February and June 2021, under Section 31(1)(a) of the Child Act 2001 which carries a jail sentence of up to 20 years or a fine of RM50,000 or both, upon conviction. 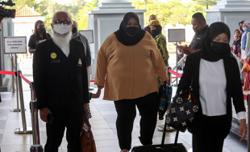 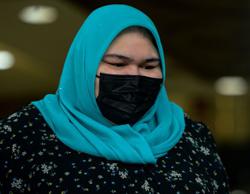