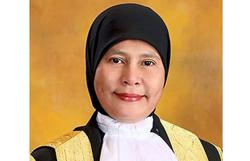 PETALING JAYA: Opposition Leader Datuk Seri Anwar Ibrahim and former prime minister Datuk Seri Najib Razak are in another round of a verbal spat over the proposed debate on the financially troubled Sapura Energy Bhd.

In a Facebook post, Anwar said he was prepared to face Najib without any conditions, adding that the debate should be open to all media outlets to allow the public to make their own judgements.

“Najib initially wanted to debate during Ramadan, but he says it should be early Syawal. I hope he stops flip-flopping,” said the PKR president.

“He set only a small portal, I replied that it has to be open – any media, whether Sinar Harian or TV3 or RTM, anywhere, but don’t restrict media freedom so that the public can evaluate.

“He challenged, I answered, and God willing, we will meet,” added the Port Dickson MP.

Najib said it was Anwar who had accused him of being the one who had issued a challenge to debate during Ramadan.

The Pekan MP added that it had started when former PKR MP Rafizi Ramli challenged him to a debate early this month and he had then agreed to a debate with Anwar.

He added that he was not afraid and assured he would debate Anwar on the Sapura issue. 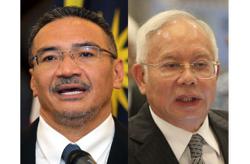