TAR UC is now a university 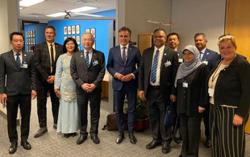 "We have worked so hard over the last 53 years to build Tunku Abdul Rahman College into a respected institution of university status," he said when announcing the status upgrade at the main campus in Setapak on Tuesday (April 12).

Dr Wee, who is TARC Education Foundation Board of Trustees chairman, said the university will continue to provide higher education opportunities at an affordable price.

"It (the university) will continue to serve the wider community through a wide spectrum of activities.

"It wants to be a university for the people regardless of race, class and creed," he added.

Dr Wee also said in conjunction with the upgrading, the university will be organising a TAR UMT logo design competition.

TAR UMT began as Tunku Abdul Rahman College in 1969 and was upgraded to a university college in 2013.

Former MCA president Tun Tan Siew Sin had suggested a non-profit private higher education institution (HEI) be established and in 1969, and the Tunku Abdul Rahman College was set up with an enrolment of 764 students.

In 2013, the HEI, which was named after Malaysia’s first prime minister Tunku Abdul Rahman Putra Al-Haj, was then upgraded to a university college.

It currently has a student population of over 28,000 in six campuses across the country. It has also produced more than 220,000 alumni.

Meanwhile, in a Facebook post today, Dr Wee said TAR UMT aims to be a prestigious centre for talent development, contributing significantly to the development of various industries and socio-economic well-being in Malaysia and Asean.

He also expressed his gratitude to the late Tun Tan Siew Sin for the foundation he laid for TAR College, the past chairmen of the board of directors, board members, past presidents, teaching staff, alumni associations, the government and people from all walks of life for the part they played in this achievement.

"This upgrade to university status is a historic achievement for the university and we pledge to continue serving the society, the country, and the region with dynamism and excellence, as an appreciation to those who have accompanied and supported us in this long and fulfilling journey," he added. 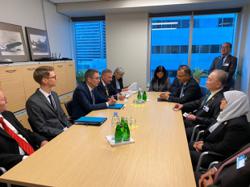