‘Why the same SPM questions?’

By ALIZA SHAH and CHAN MAY THENG 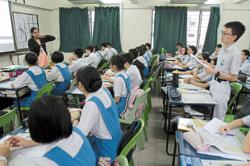 PETALING JAYA: The Malaysian Examinations Syndicate (MES) must explain why it had recycled the same Sijil Pelajaran Malaysia (SPM) questions for the second session of the examination, say parents’ and teachers’ groups.

He queried the “easy way” taken by MES, saying that this could undermine its integrity.

The Education Ministry, he said, should appoint an independent task force to investigate the matter.

“Students and teachers would have read and discussed the questions (used in the first session) as preparation for their examinations,” he said.

He also suggested that the students resit the paper.

There was an uproar when the same set of Bahasa Melayu (listening test) questions was used in the second session of the SPM that was held for students who had missed the earlier examination due to factors such as Covid-19 and floods.

This second session of the examination, scheduled from April 5 to May 19, is for those who missed out on the speaking and listening tests for the Bahasa Melayu and English subjects, as well as the Science practical and written tests that were held from Feb 8 to March 29 earlier.

Deputy Education Minister Datuk Dr Mah Hang Soon was quoted as saying yesterday that discussions would be held to determine the next course of action.

He said the ministry was awaiting a report from its examinations syndicate.

Parent Action Group for Education (PAGE) Malaysia chairman Datin Noor Azimah Abdul Rahim questioned the competency of those in charge of preparing and managing the examination.

“We have always been made to understand that there is a second set of questions for such eventualities.

“This is such an eventuality. Repeating a question or questions in the same major examination showed a lack of care for the students’ mental well-being,” she said.

Students, she said, should be given a fair chance for the setbacks they faced during the pandemic.

“They need to explain the matter to avoid a negative perception among students and parents,” he said.

Many students who sat for the first session are now feeling dejected.

“I felt like my hard work was wasted. Those who sat for the first session didn’t get any hints (about the questions),” said Yong Yik Wei, who is from SMK Seri Saujana.

Lim Chi Yao, 18, said the situation was “a little unfair” for everyone.

The Kuen Cheng High school student would be sitting for her Chemistry, Additional Mathematics and Chinese Literature papers next month as she had tested positive for Covid-19 during the earlier examination period.

Another student, Andrian Ho, said the ministry should have prepared a new set of questions for students who are sitting for the SPM in the second session.

“SPM is one of the major examinations in the country. There must be credibility,” he said. 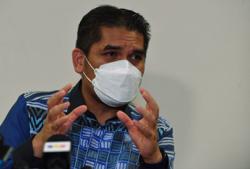