Focus on jobs and the economy

JOHOR BARU: Creating about 100,000 jobs in modern farming, the digital economy and the creative economy are among the highlights of Barisan Nasional’s election manifesto for the state.

Among them are the people’s and youths’ well-being, economic development, political reform and an administration of integrity.

Barisan also wants to provide a RM100mil interest-free loan under its Johor Niaga initiative. Aid and assistance will also be given to Felda settlers and those in rural areas.

“We will also integrate the transportation system, especially Bus Rapid Transit (BRT), Rapid Transit System (RTS) and Light Rail Transit (LRT),” he said during the launch of the manifesto at the Johor Umno headquarters here yesterday.

Hasni stressed that public housing is another issue that needs to be strengthened, including the formation of a Johor housing board.

“We also want to offer our Johor green deal to mitigate climate change,” he said, adding that for the youth, they will allocate RM500 for undergraduates each year from B40 families and also have more transit homes for them with cheaper rent in strategic areas. 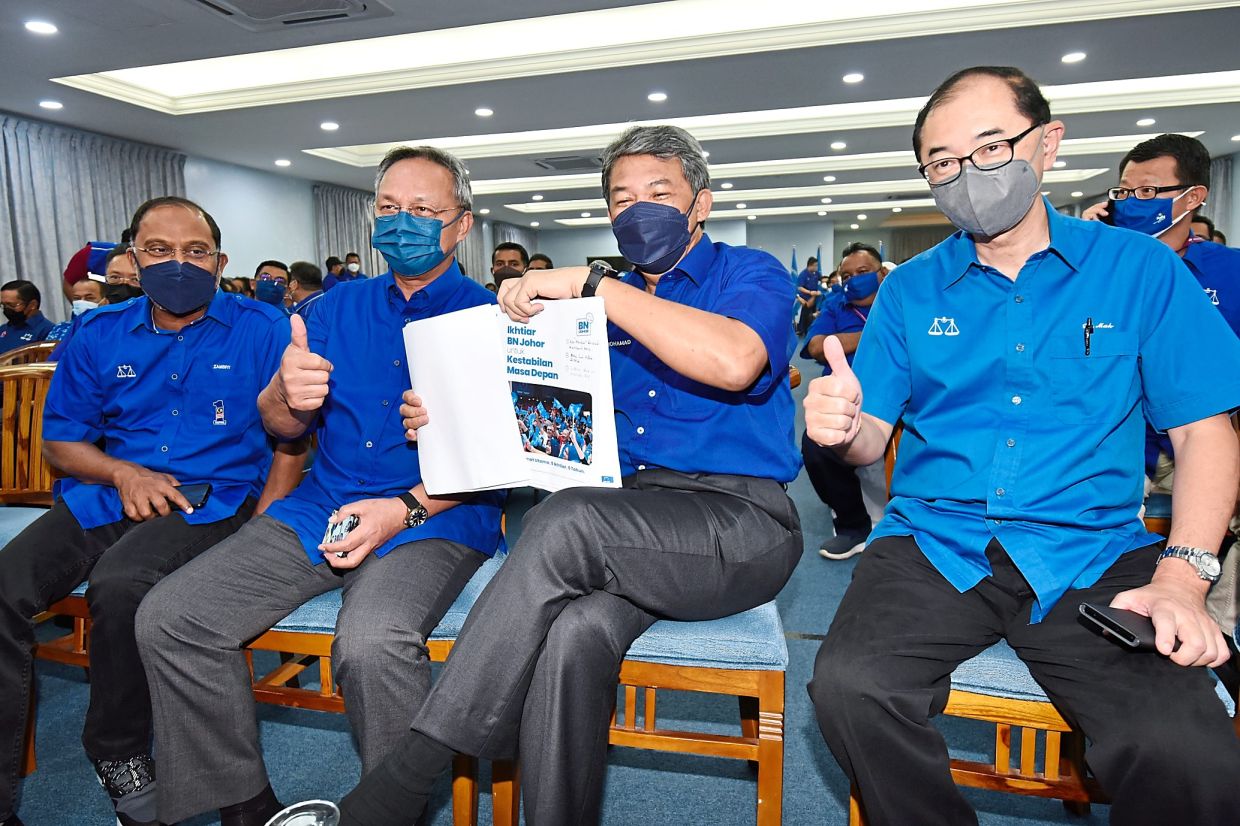 On integrity, Hasni said all Johor assemblymen will need to declare their assets to the Malaysian Anti-Corruption Commission.

“We will continue to allocate the same RM200,000 given to all assemblymen annually.

“If we get a two-thirds majority, we will ask for a review of the constituencies as it is impossible for an assemblyman to handle 100,000 voters in an area,” he said.

Hasni also said that among the first agendas for Barisan once it is able to form a government in Johor is to introduce an anti-hopping enactment in the state assembly.

He said this is part of the political reforms brought by Barisan under its manifesto titled “Ikhtiar BN Johor for a stable future”.

As to why there is no initiative to reopen the border with Singapore to spur development, he said this was something the state had always fought for and would continue to give its suggestions and opinions.

“It is not added here as it’s an operational issue,” he said, adding that the Malaysian and Singaporean governments are looking at entering the endemic phase.

“So, perhaps both sides can sit down and discuss the opening of the border in phases based on economic sectors,” he said.

The Johor legislative assembly has 56 seats while the electoral roll contains about 2.59 million voters.

“We hope to get a good mandate from the people in Johor to allow Hasni and the new state government to carry out the manifesto as it is an effort to develop the well-being of the people and economy,” he said.