IPOH: City folk should not act on their own to get rid of stray dogs in their areas, says Datuk Rumaizi Baharin.

The Ipoh mayor said they should instead contact the Ipoh City Council (MBI).

Reminding the public not to try and deal with the strays on their own, he said: “If they have any issue with it, they can let us know.”

He was commenting on the latest incident of about 20 stray dogs that were found lifeless by their regular feeder at the Tasik Cermin Eco Park here.

“When our workers went to the location, they found 12 dead strays there. They buried the carcasses later.

“Dogs’ carcasses, if not buried properly and quickly, may bring diseases to those nearby.

“We believe that these dogs were poisoned,” Rumaizi told reporters at the MBI headquarters yesterday.

Pictures of the carcasses being removed by MBI workers have been going viral on social media since Saturday morning.

Just weeks ago, eight dogs were found poisoned near a row of shoplots in Lahat Mines here. In May last year, 17 strays were found dead at the same site.

On accusations that the dogs had been poisoned by city council workers, Rumaizi said the claims were untrue.

“This is a misunderstanding. When our workers arrived, the strays were already dead, and burying them was our responsibility,” he said.

He added that the city council had received complaints about mass stray dog killings.

“This month (February) alone, we received multiple complaints on the same issue, and there were about five to 10 strays found dead each time,” he said. 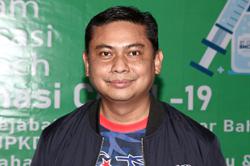 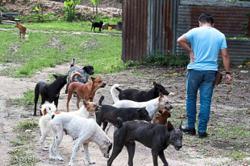